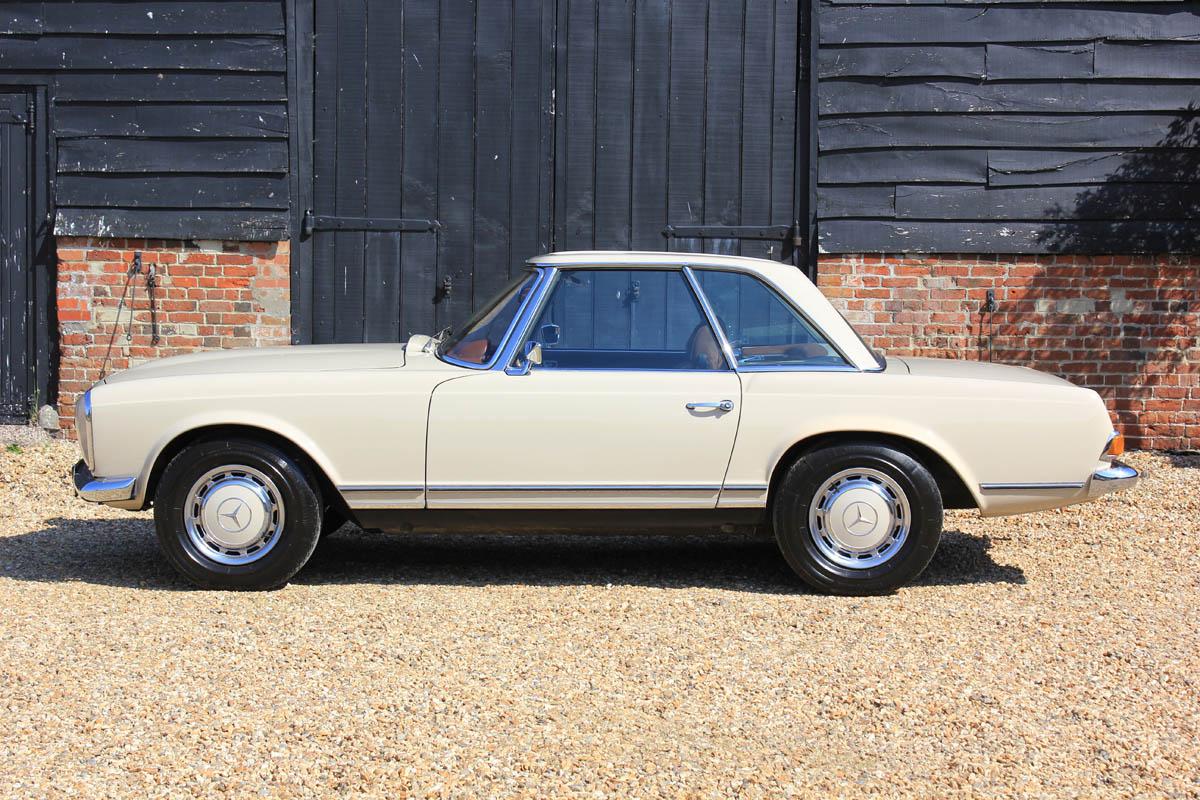 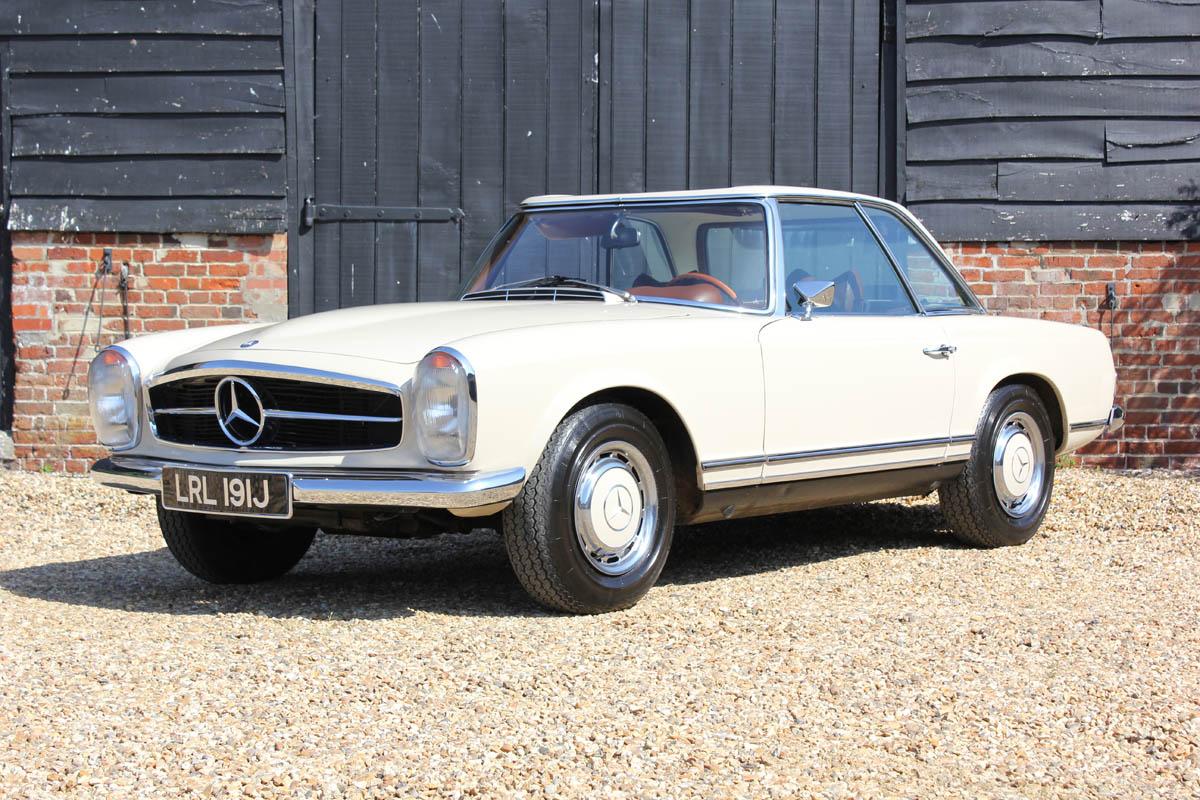 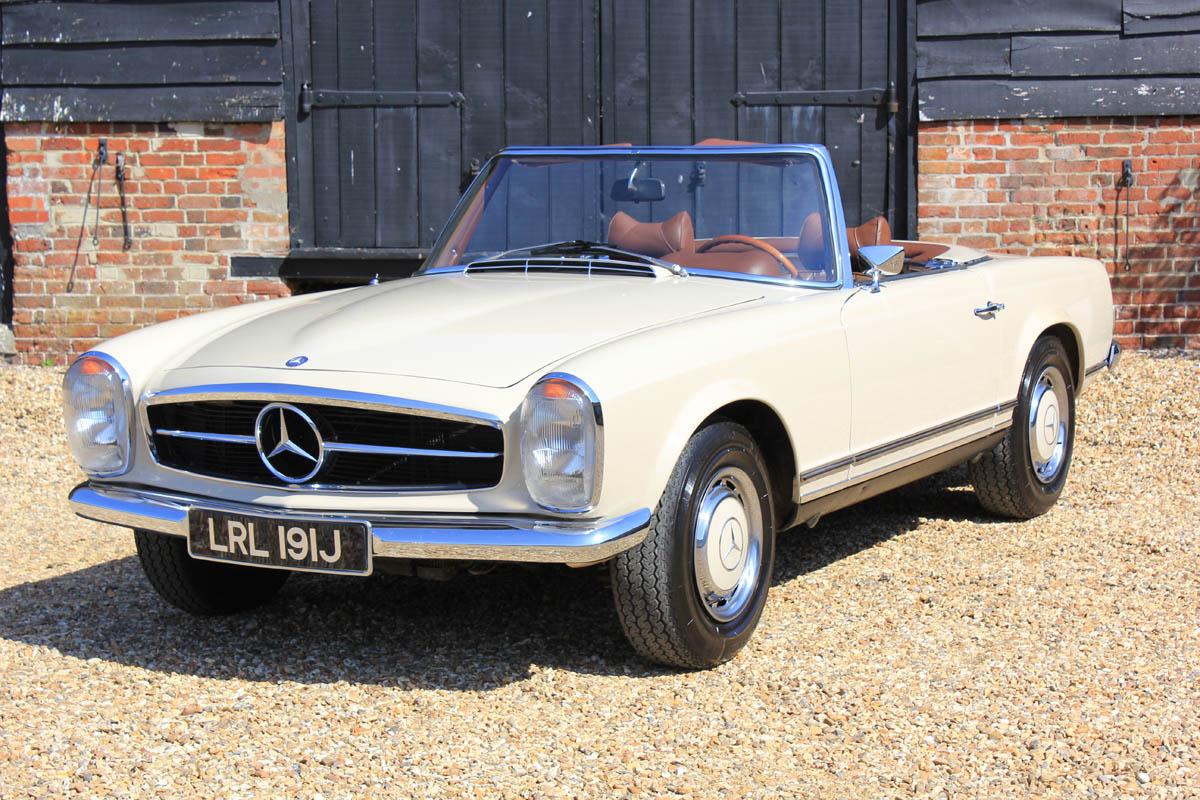 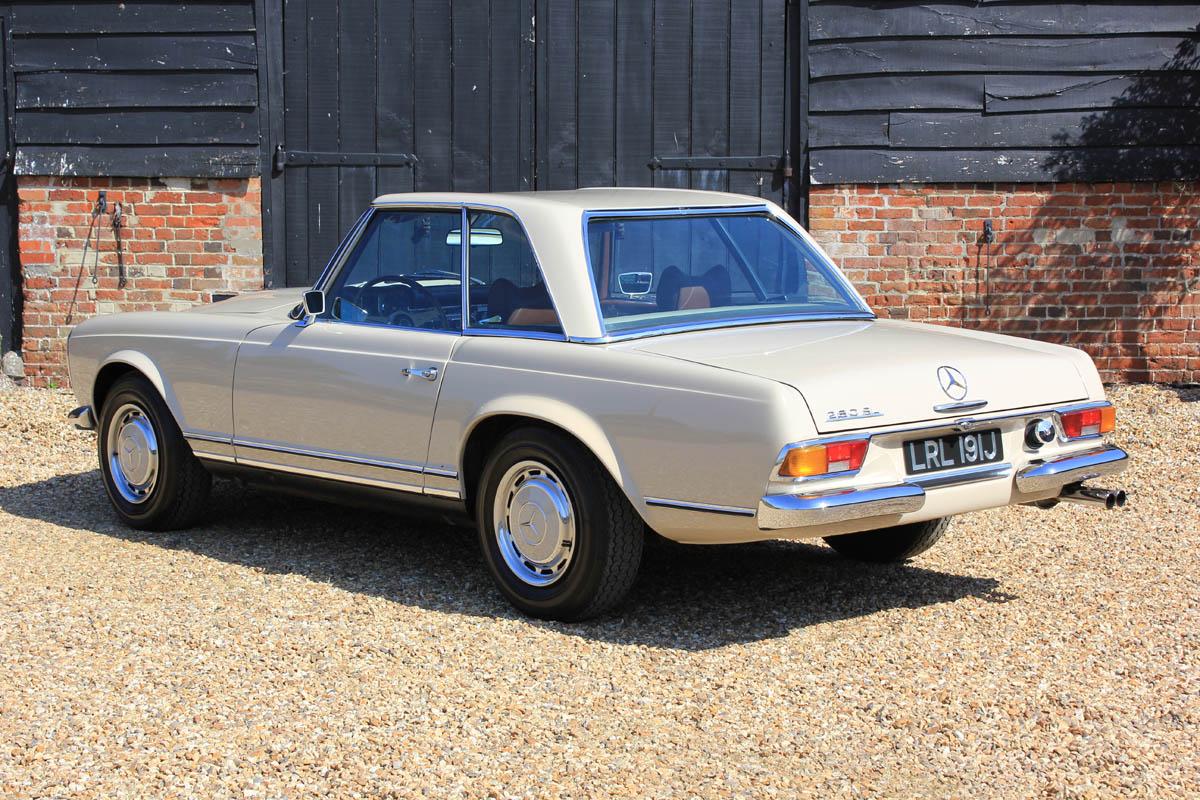 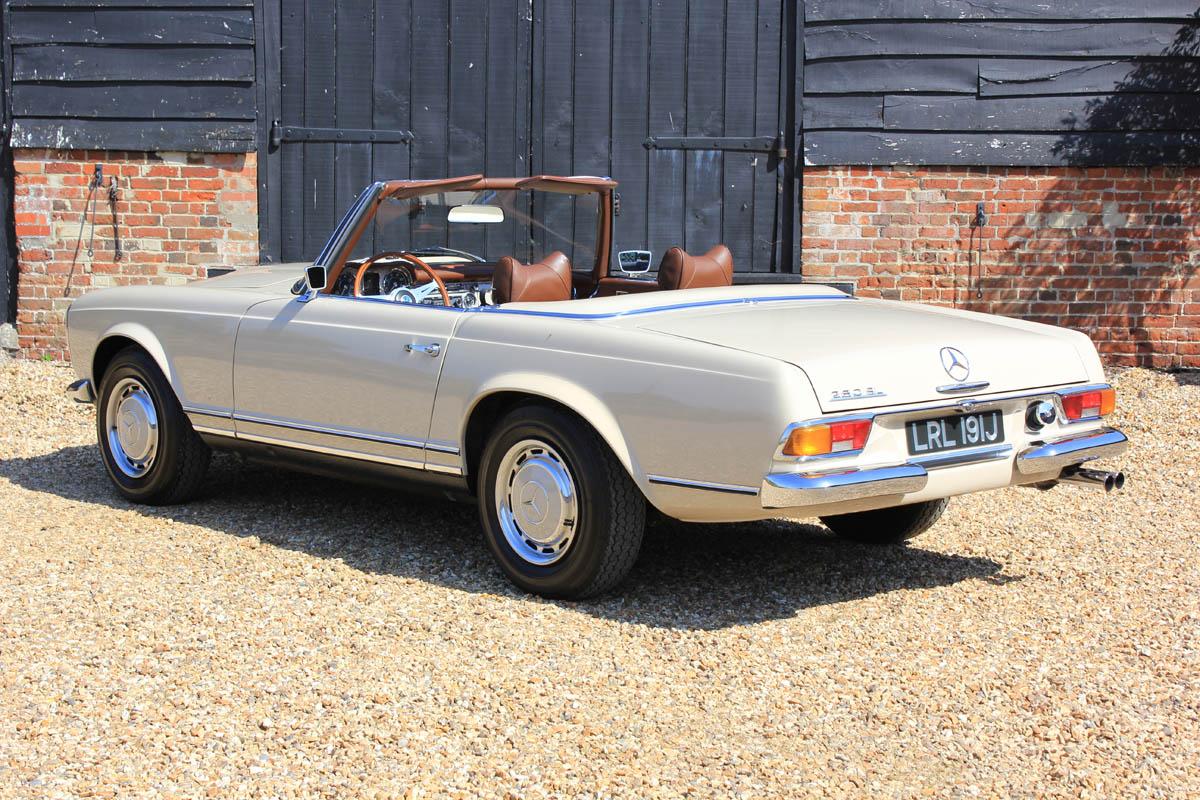 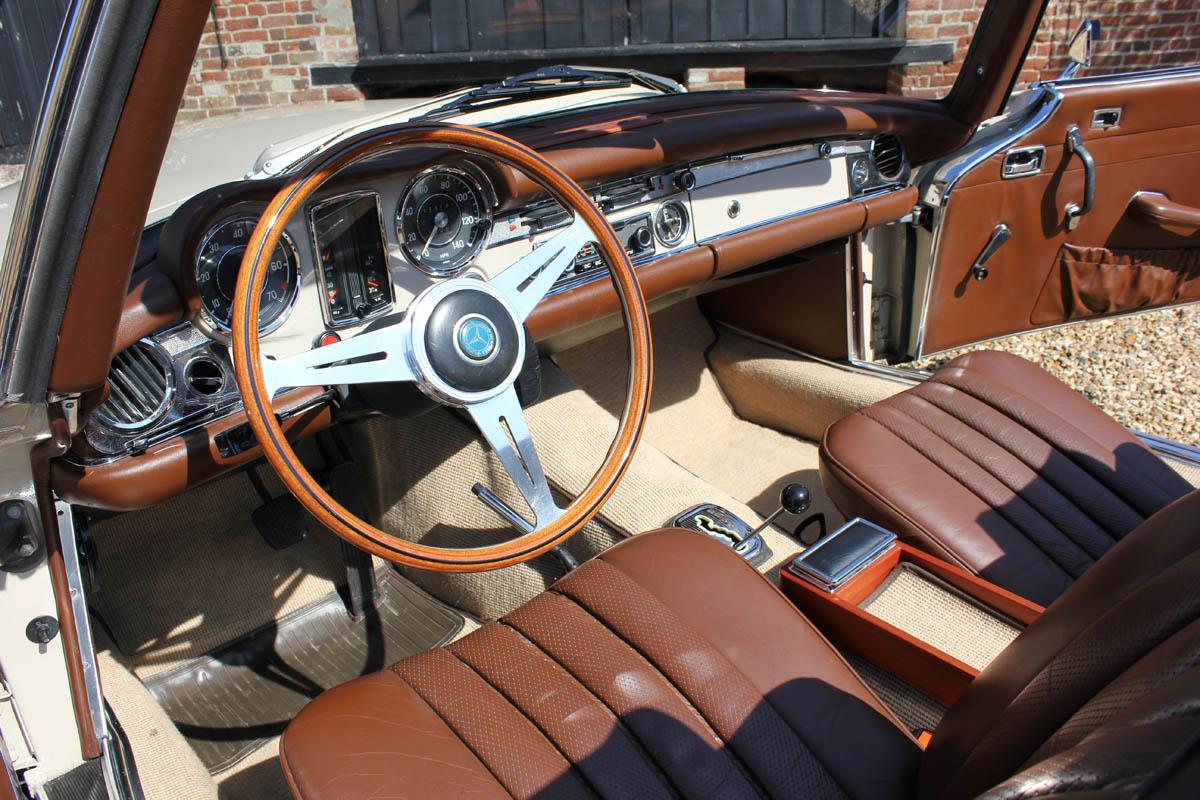 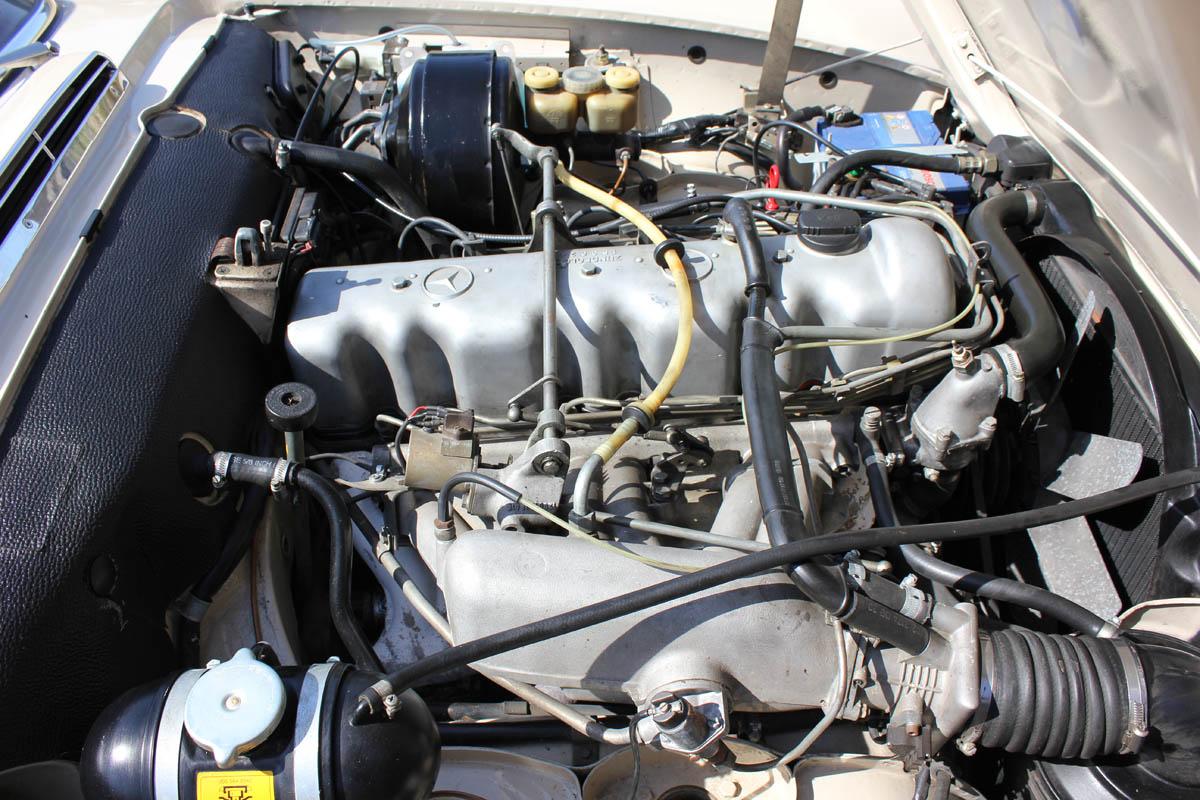 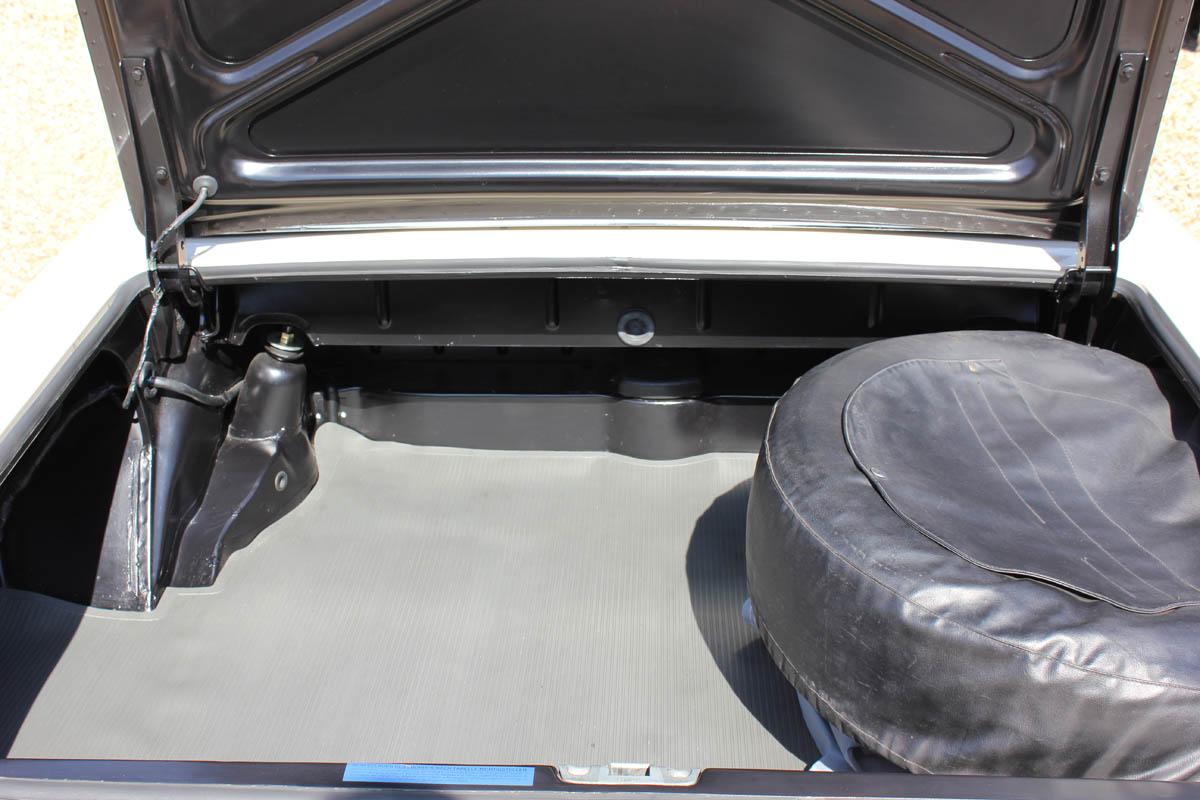 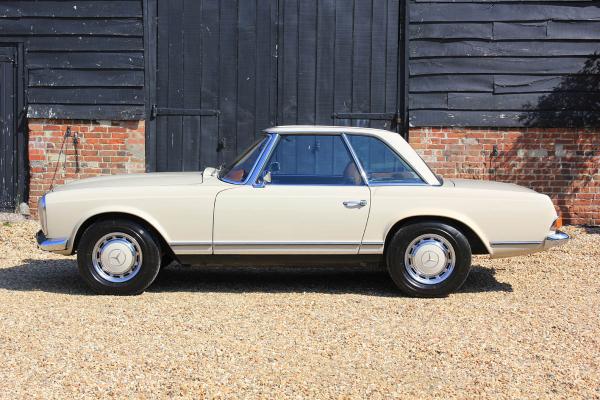 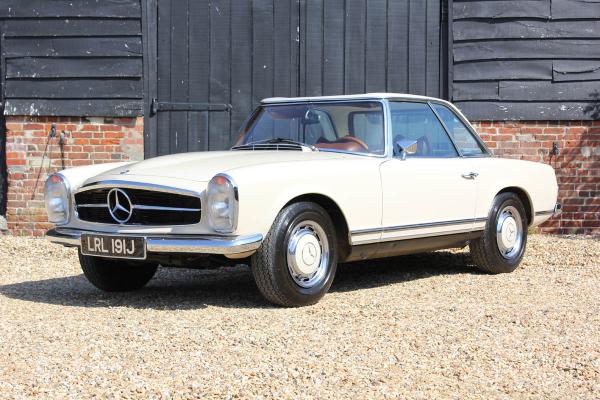 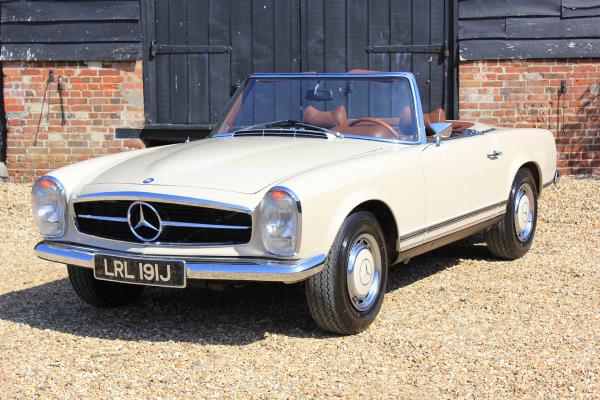 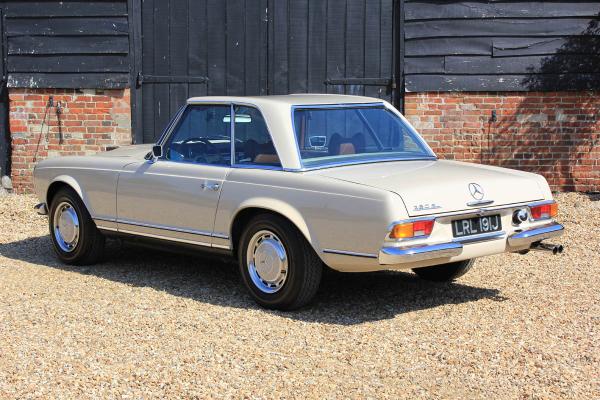 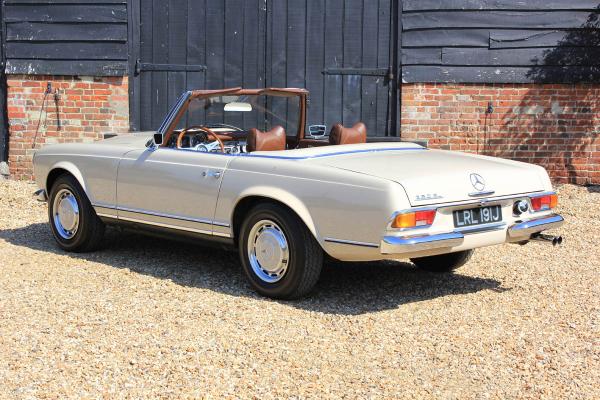 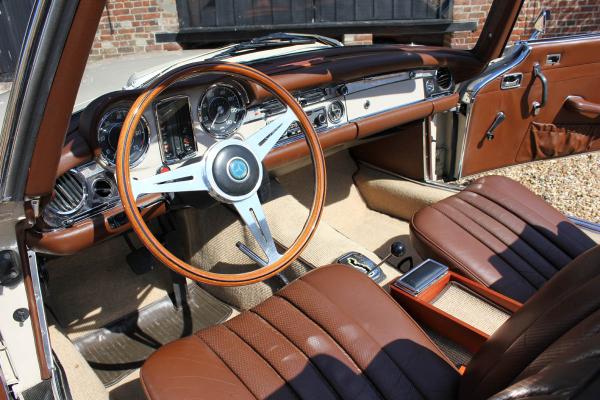 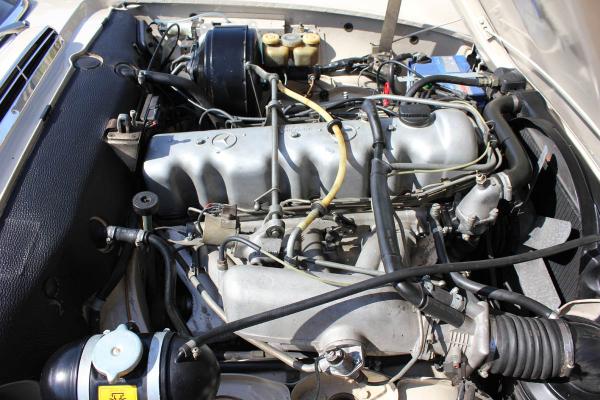 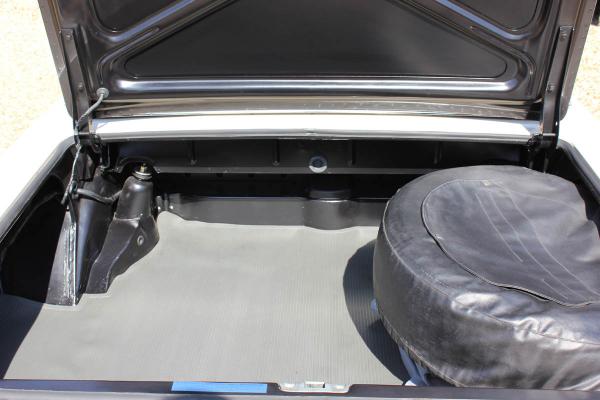 A very well maintained left hand drive Pagoda fitted with automatic gearbox, power steering and a period correct Becker Europa radio. Finished in the great shade, light beige (code 181), it left the factory on the 21st January 1970 and was first registered later that year in California on the 31st October.

Early history is limited but in October 2001, with a recorded mileage of 97,604 miles, the car was acquired by Paul Edward Steen, an attorney of Phoenix, Arizona who used it sparingly over the following eight years. During his ownership the engine, fuel injection pump, automatic gearbox and brakes were rebuilt and the original soft top replaced.

It is probably during this ownership that the seats were reupholstered in leather. A synopsis of these extensive works is on file – mostly completed in 2006-7. As part of the engine rebuild the block was replaced, the cylinder head remains the original.

After 38 years the Pagoda returned to Europe, being imported into France in October 2008 by Dealer Nicholas Brugier of Sport Leicht, Corbevoie, who specialise in the restoration and sale of fine classic Mercedes models. The car underwent a refurbishment programme at Sport Leicht with a high quality bare metal repaint in the original colour, whilst the door panels, dash and windscreen pillars were re-upholstered and carpets replaced. At this time the Pagoda was rebuilt to European specification in terms of its lighting system.

Sport Leicht sold the car to Eric Benizri of Nice in March 2010 who later registered the car in October that year. He then sold it back to Brugier in September 2012.

The last UK based owner had long been seduced by the Pagodas looks and having seen this example available he travelled to Paris and purchased the 280SL in December 2012 and registered it on its return to the UK in February 2013 with an age related number LRL191J.

He had been intent on finding a rust-free example and on inspection this dry state car did not disappoint in this area. However, an inspection noted that the suspension would benefit from some attention and so marqus experts Roger Edwards Motors replaced the shock absorbers, the rear axle removed and stripped down and all rubber suspension and steering bushes were replaced, as were the brake lines. Mechanically the engine was stripped of its US Federal smog equipment and a new European spec distributor fitted. This work is fully detailed in invoicing on file as are all regular servicing invoices for this ownership.

The car has covered about 2,000 miles a year during this last owners tenure, it has been carefully driven and fastidiously maintained with annual servicing by Roger Edwards Motors and more recently Mercedes Benz classic specialist Rees Brothers. When not being driven it has been stored in a dehumidified garage.

A very nice Pagoda with a great spec and correct detail, including the creases in the front wing tops adjacent to the headlight trim. On the road it performs beautifully, a perfect companion for this glorious summer.