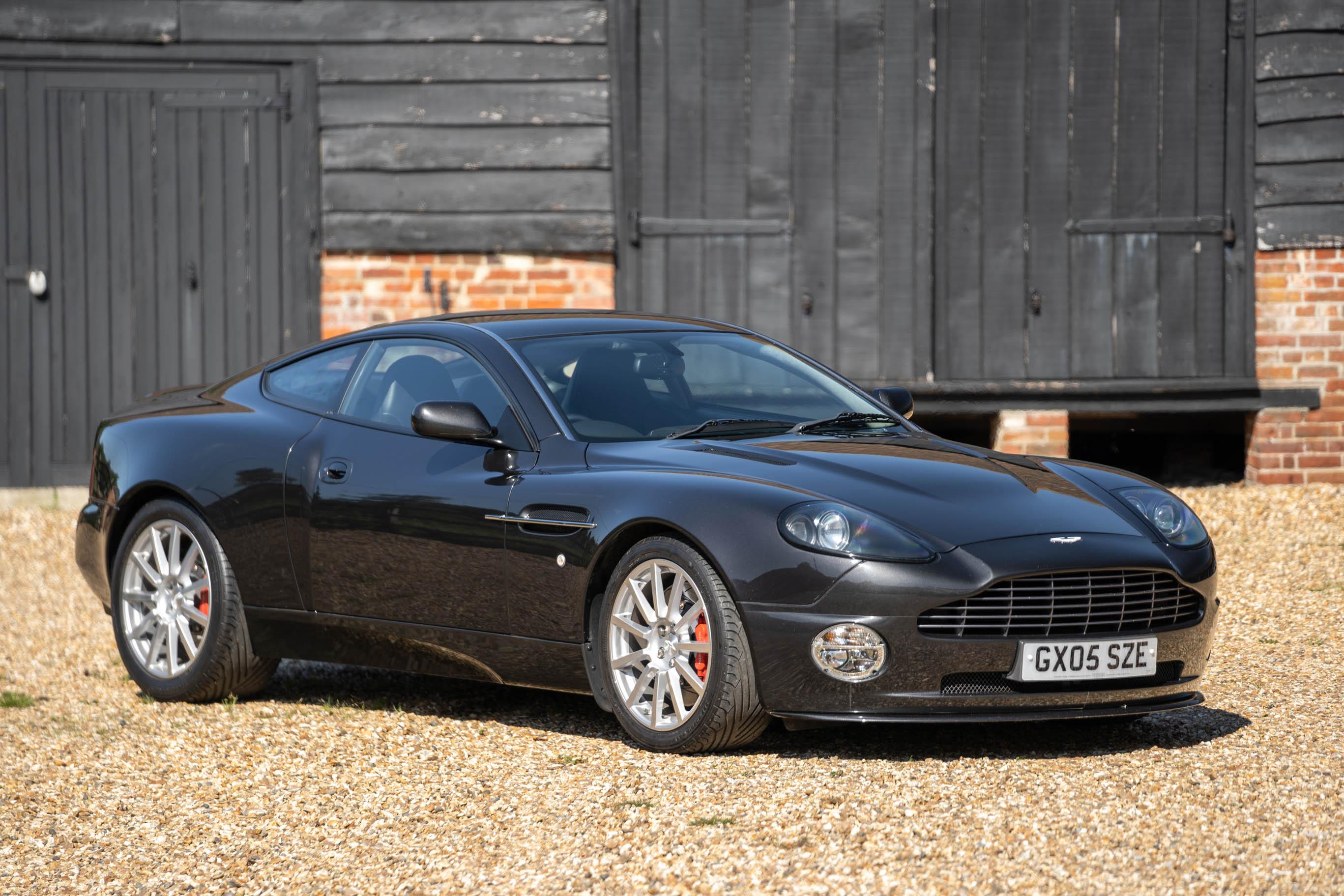 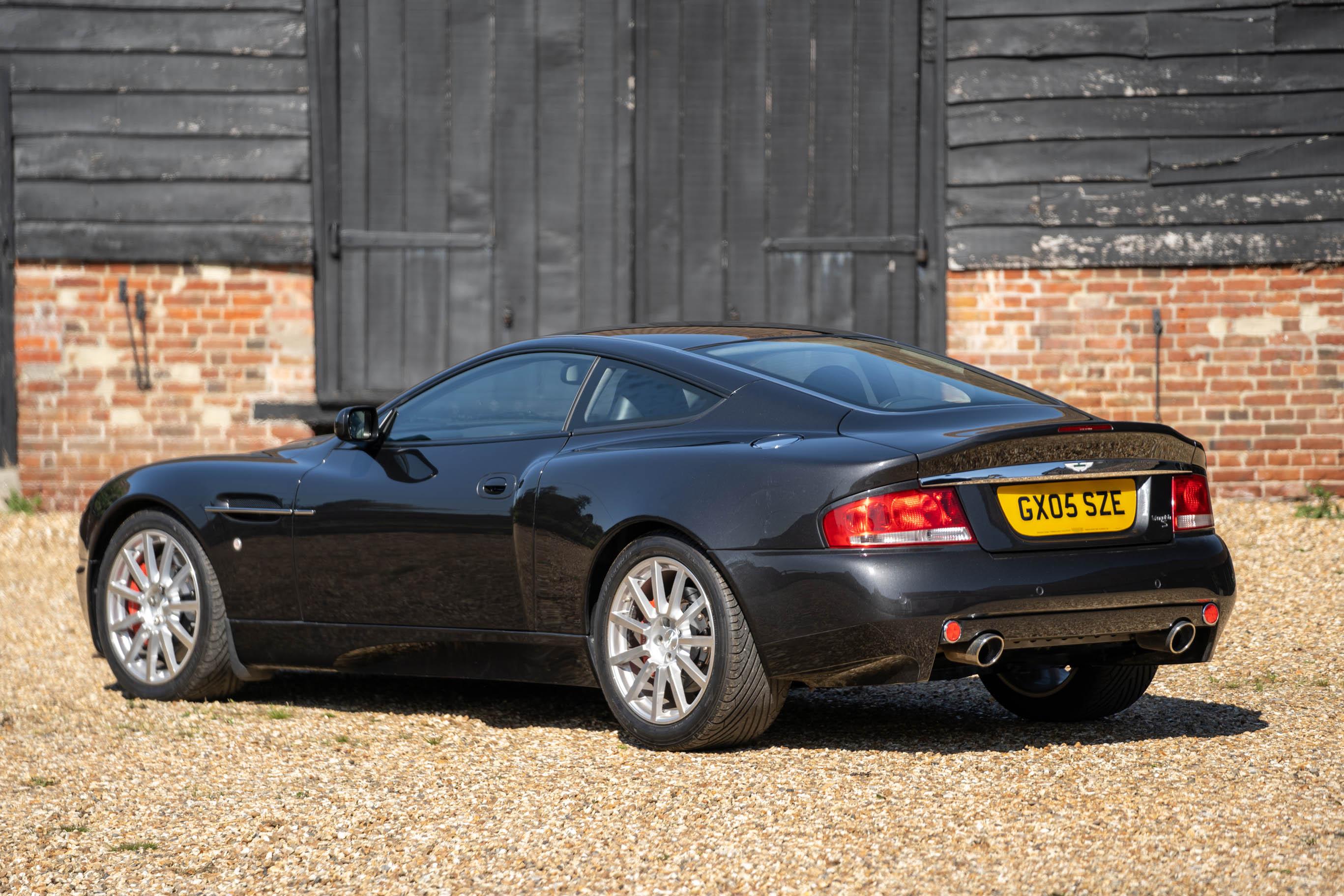 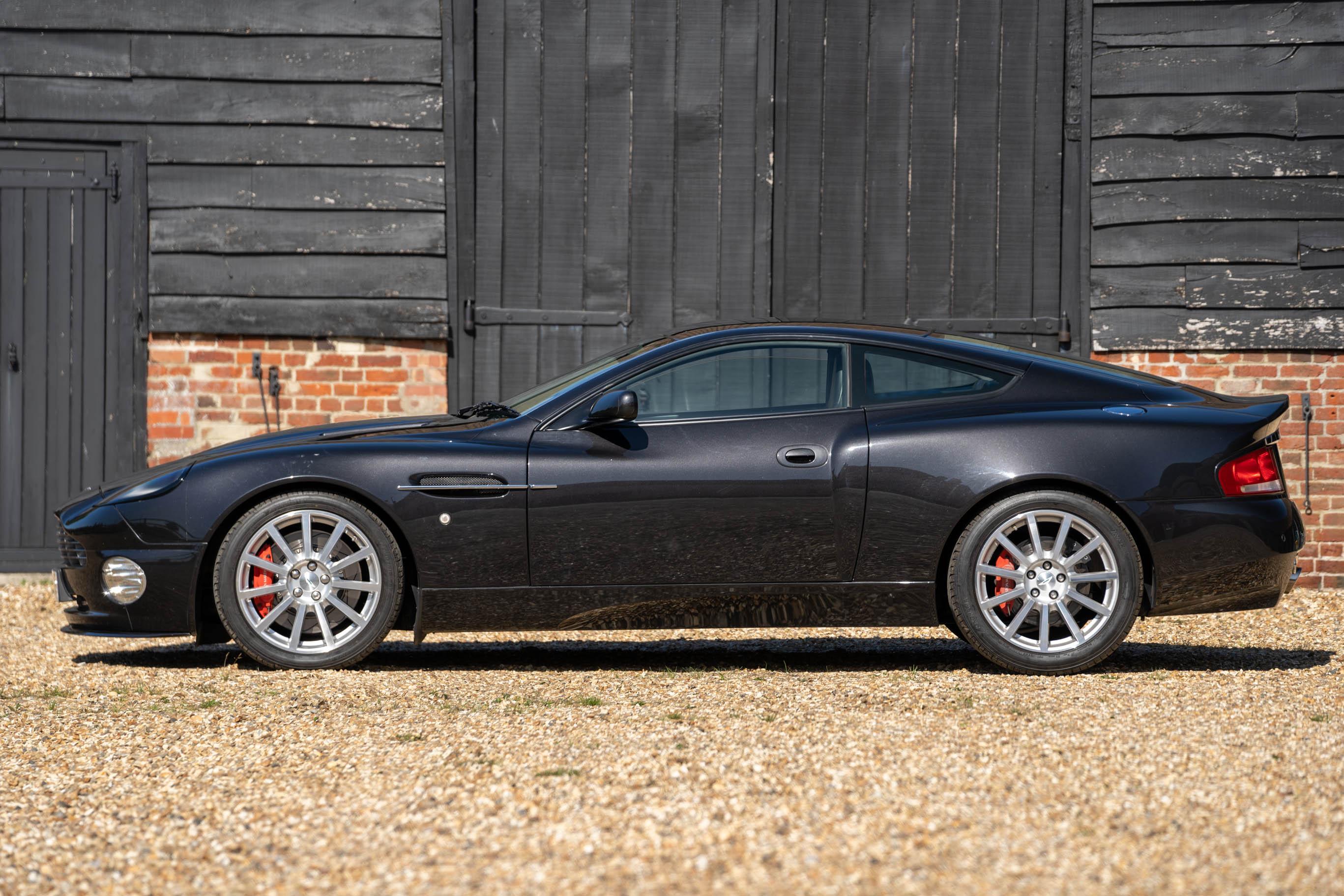 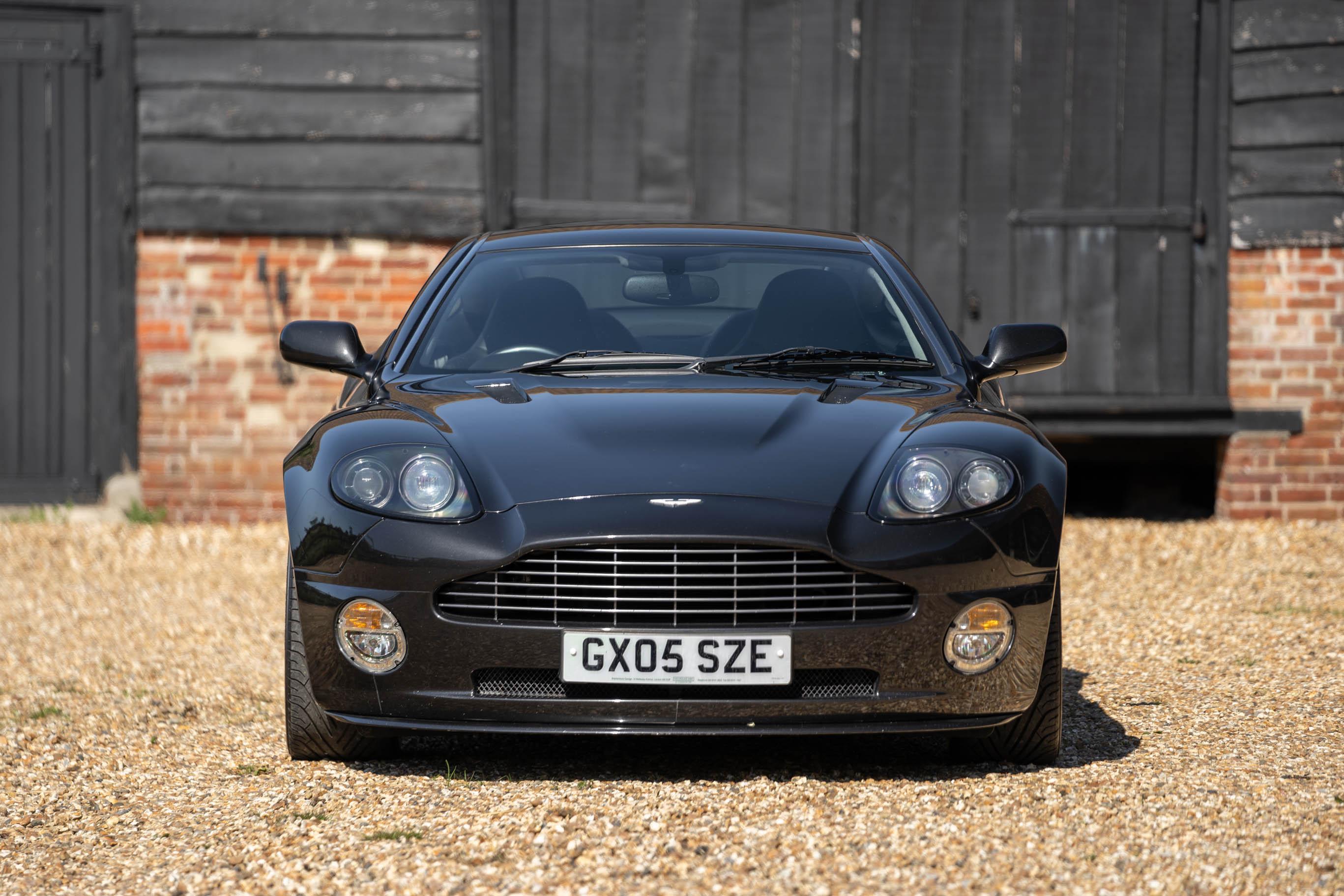 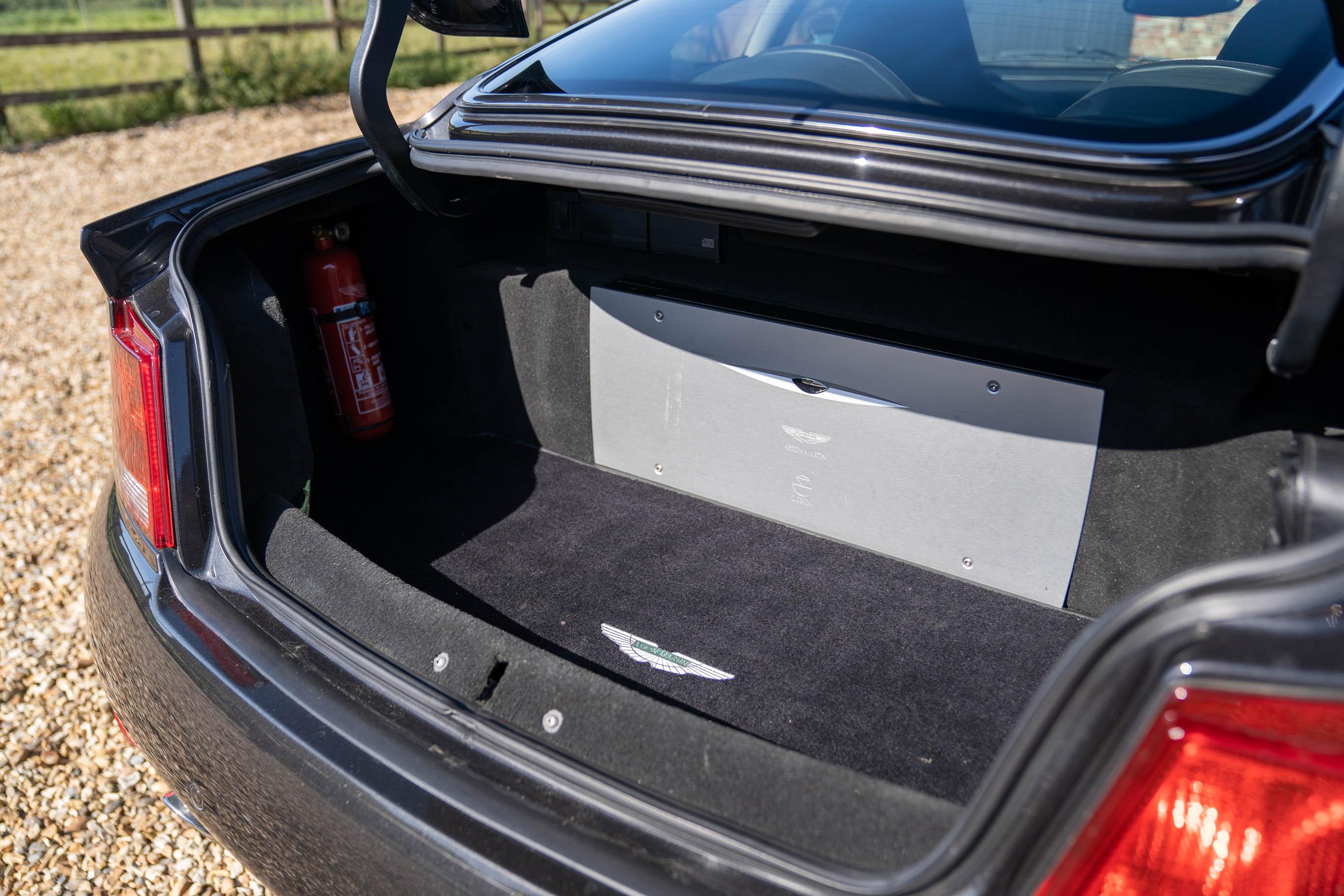 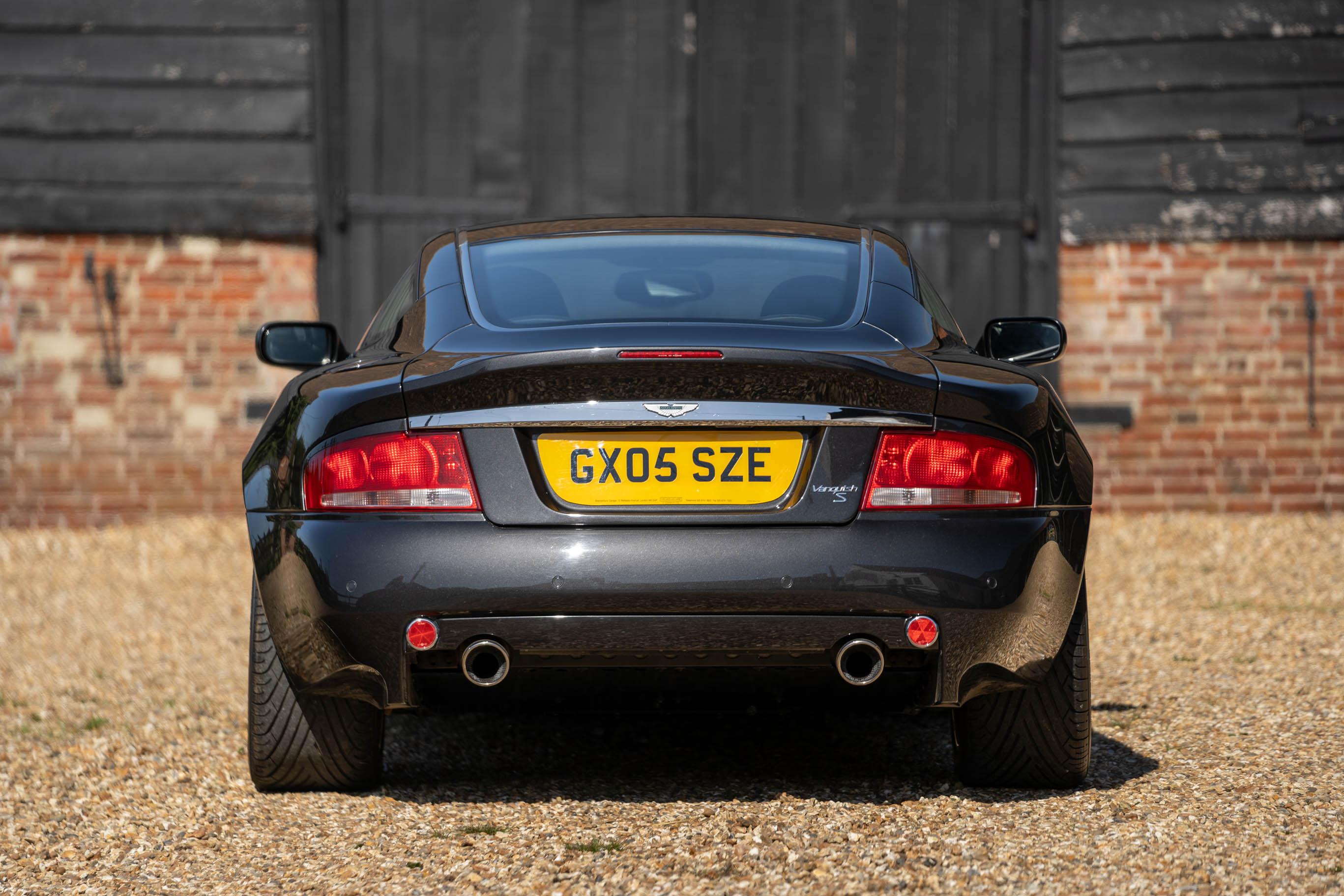 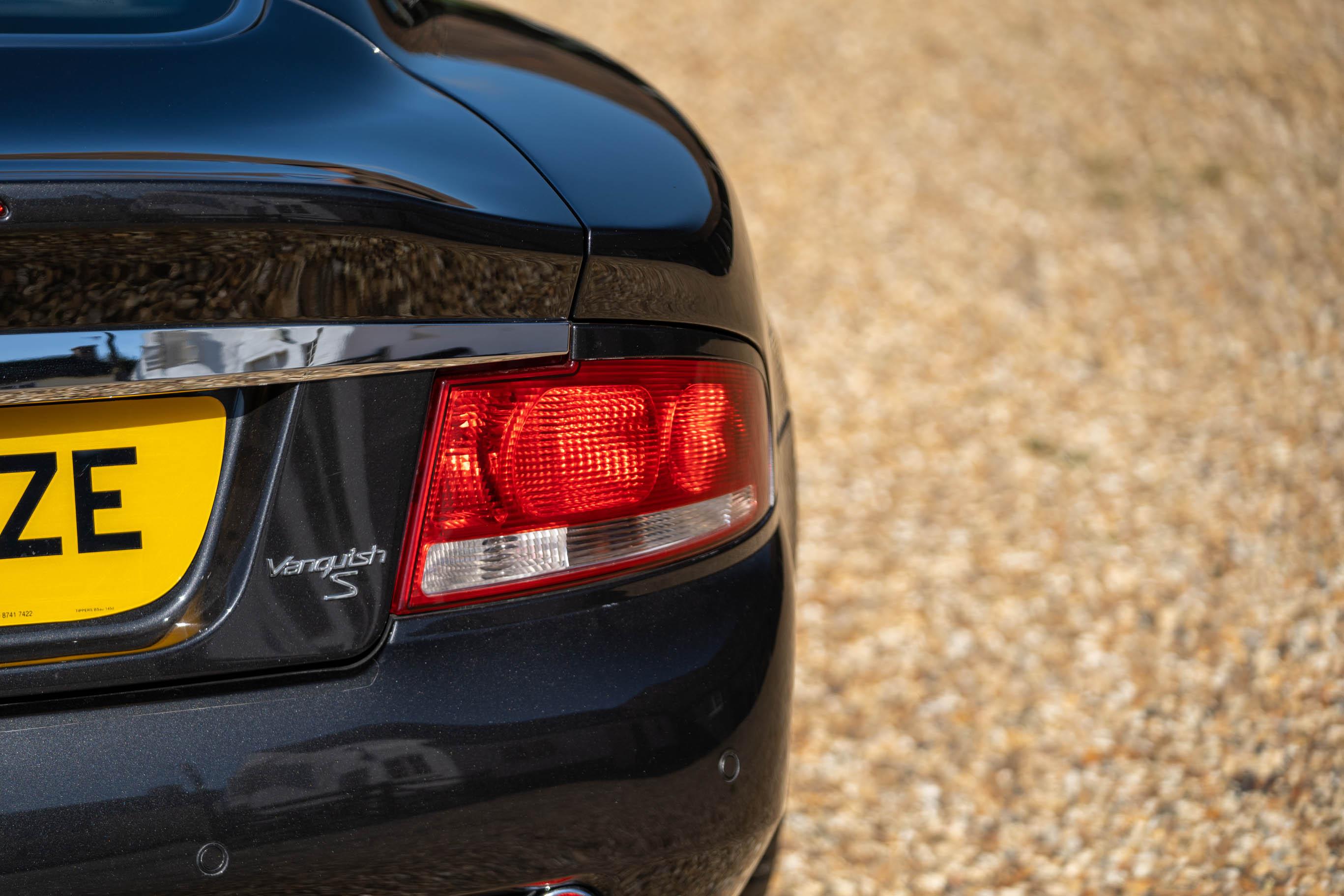 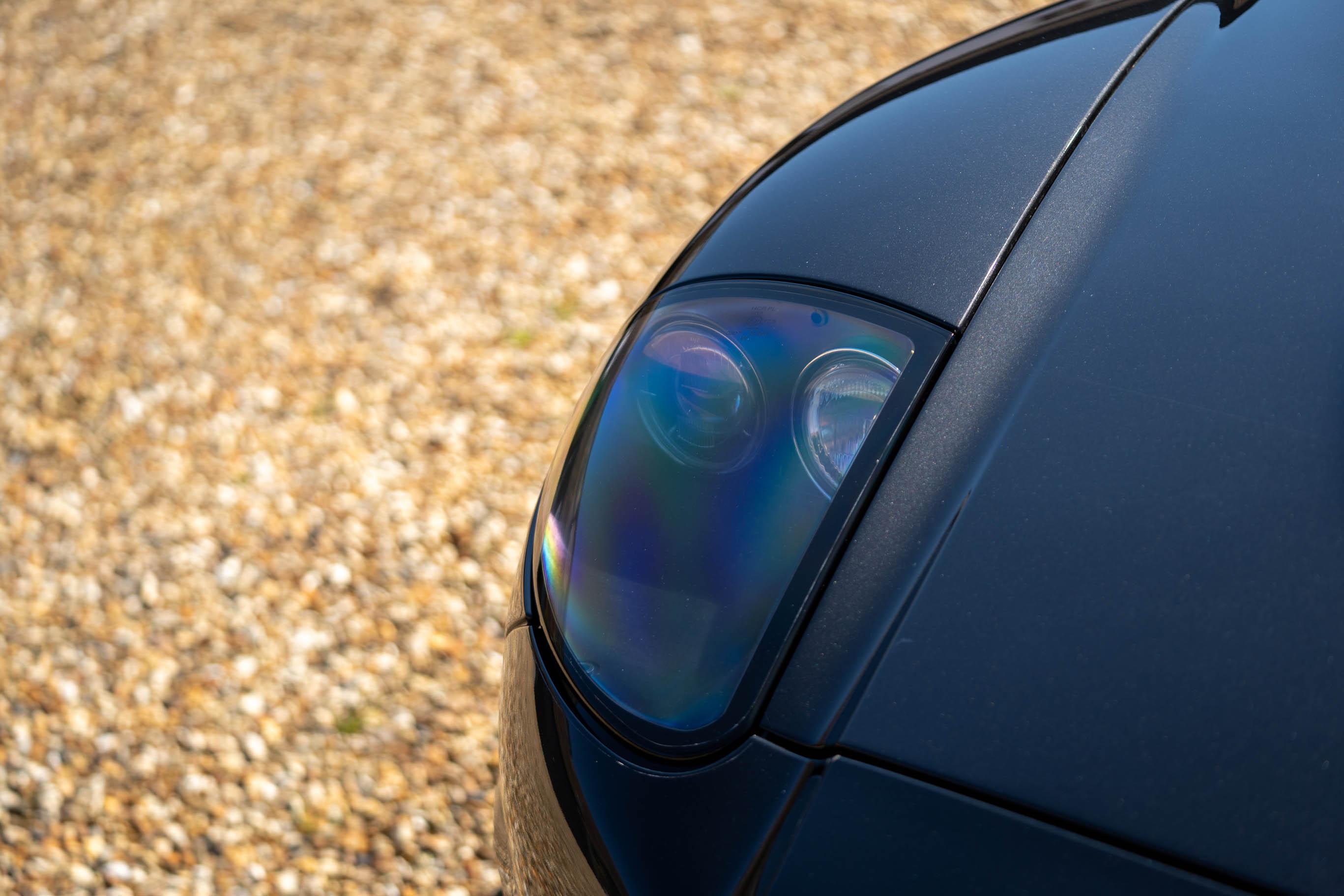 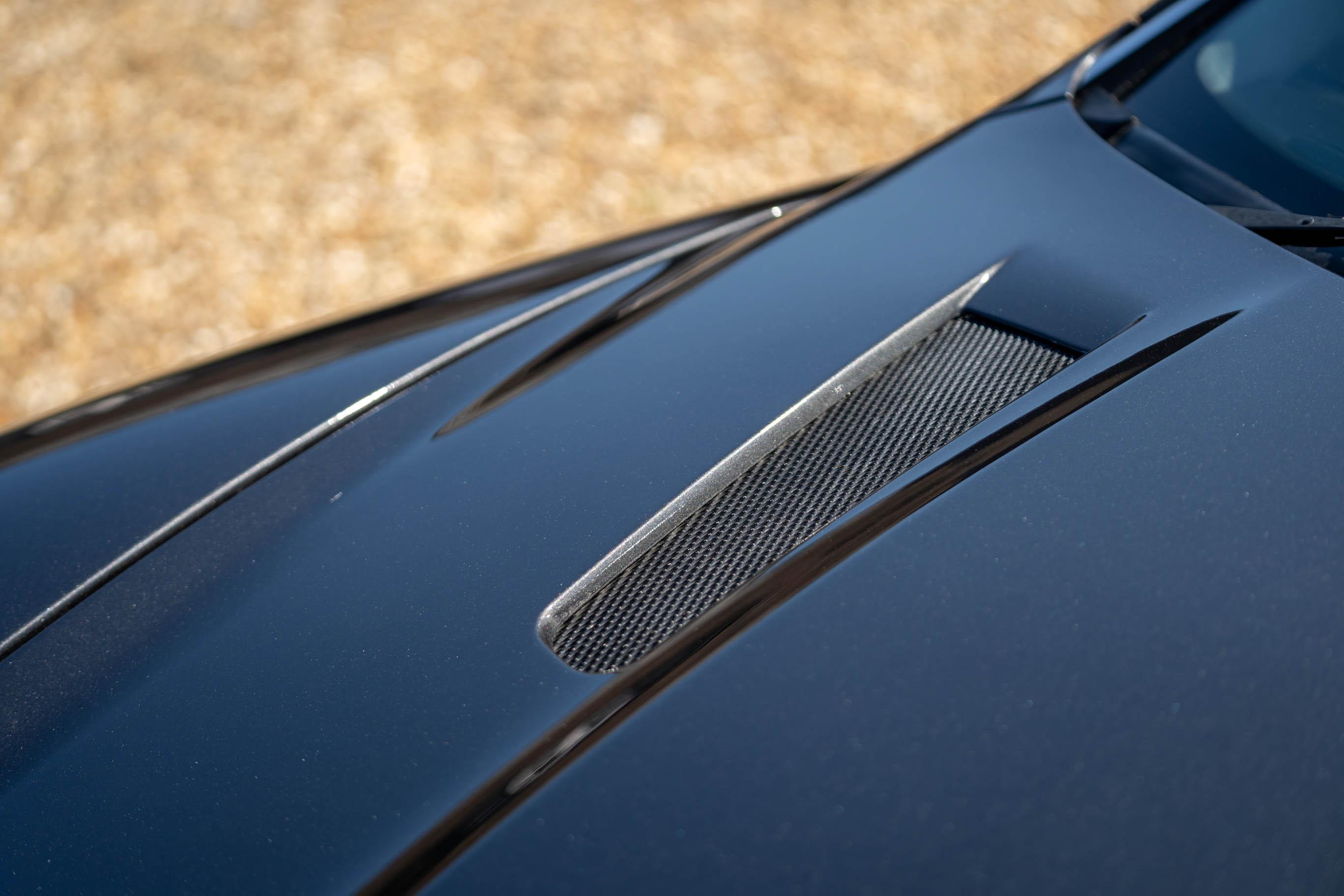 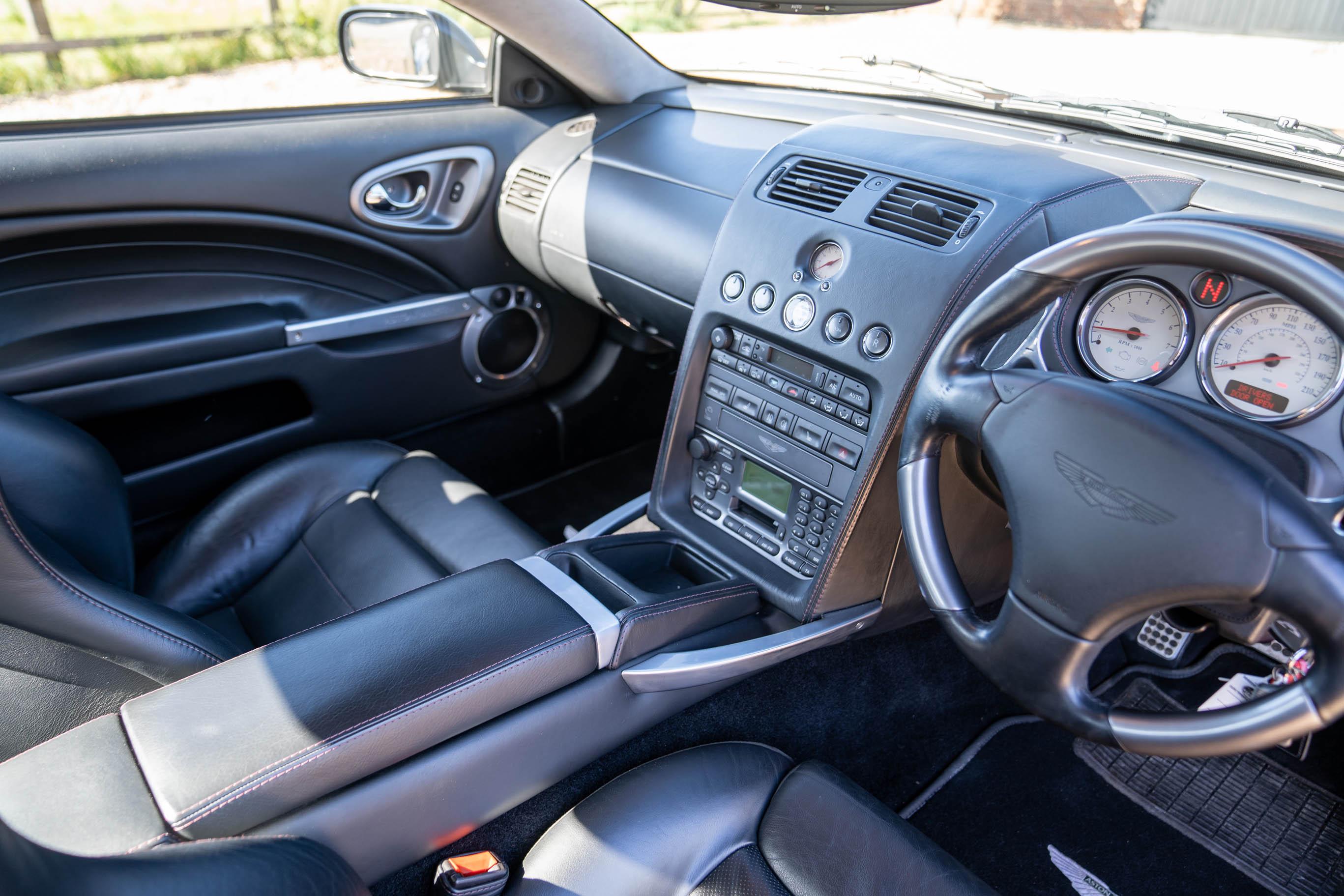 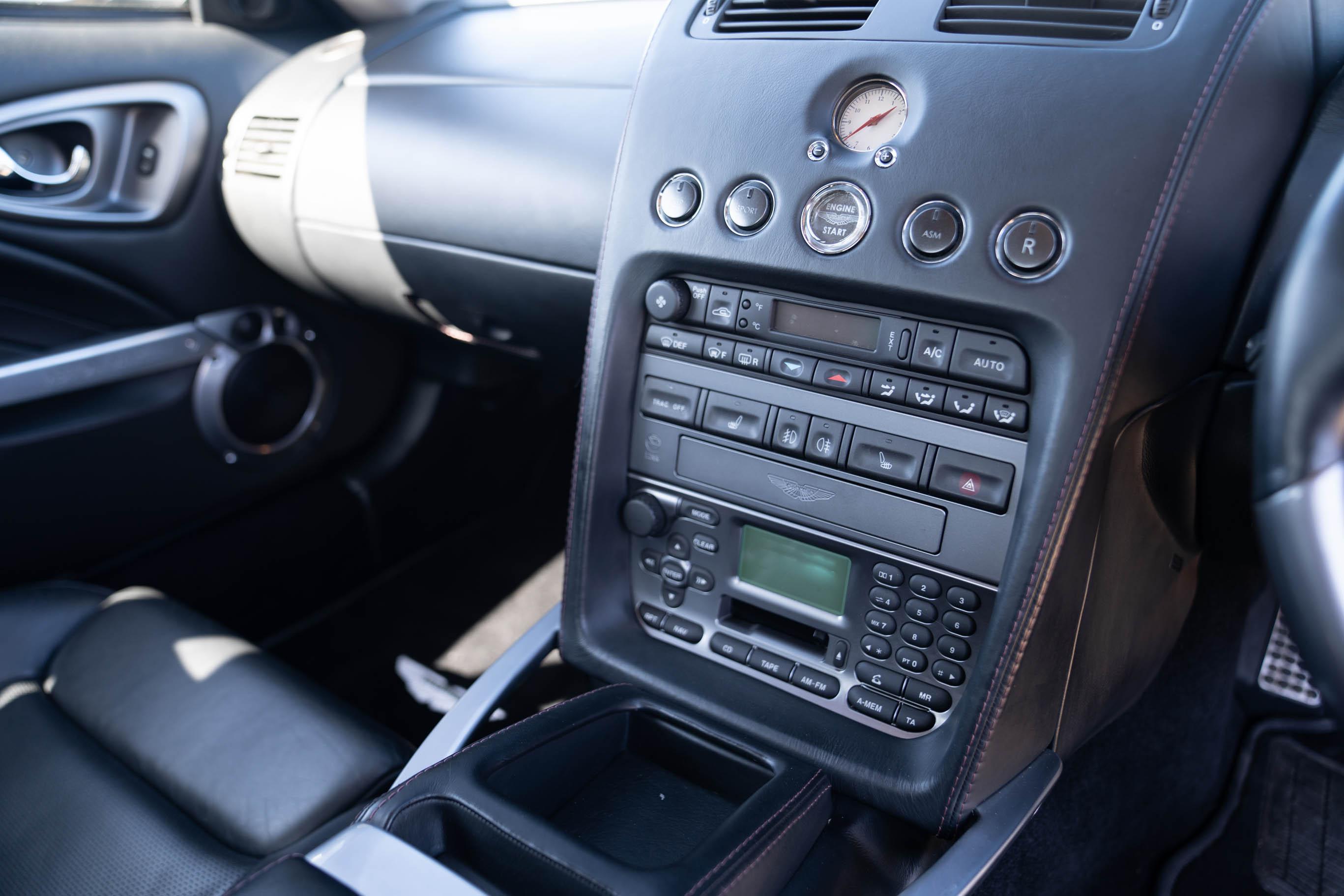 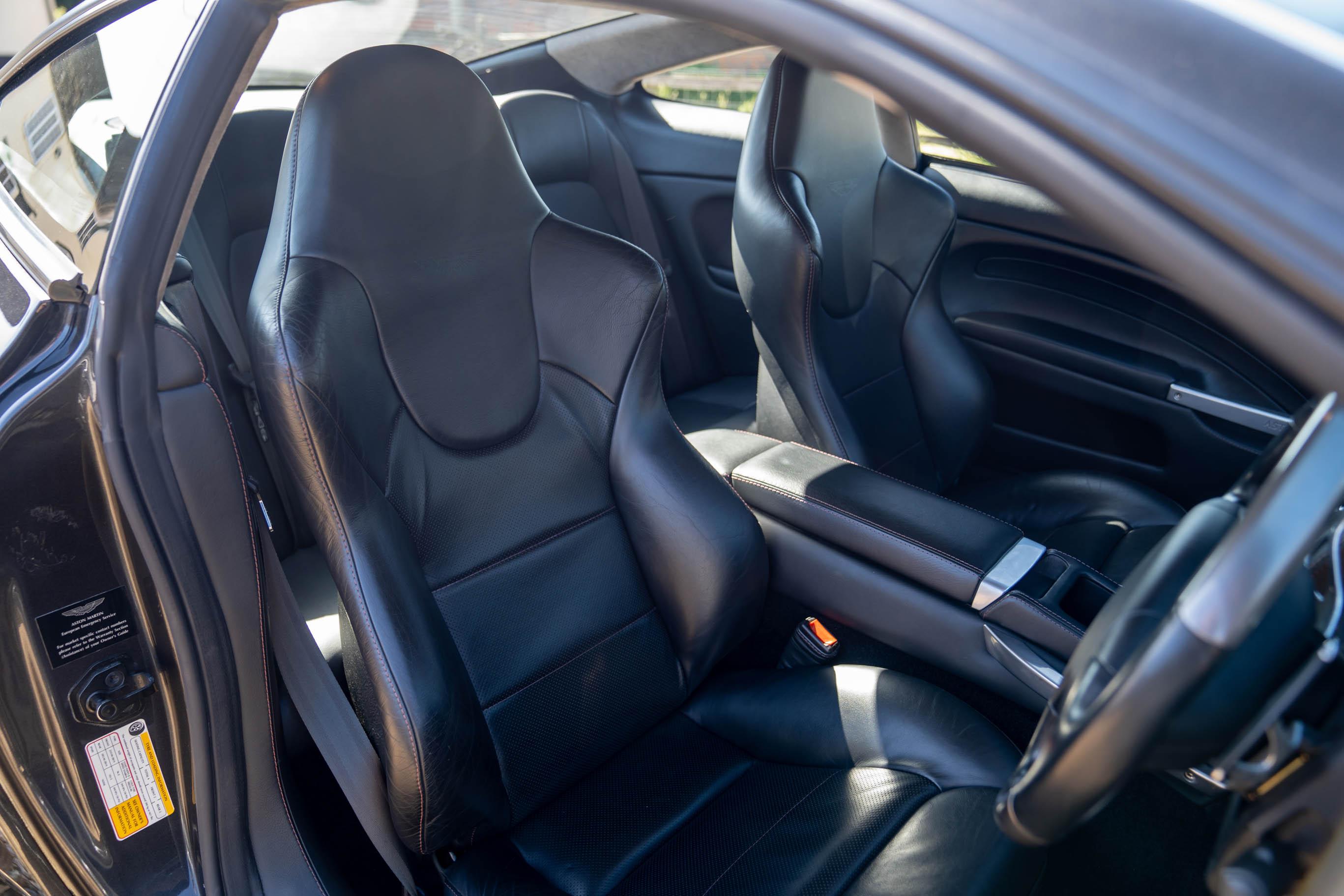 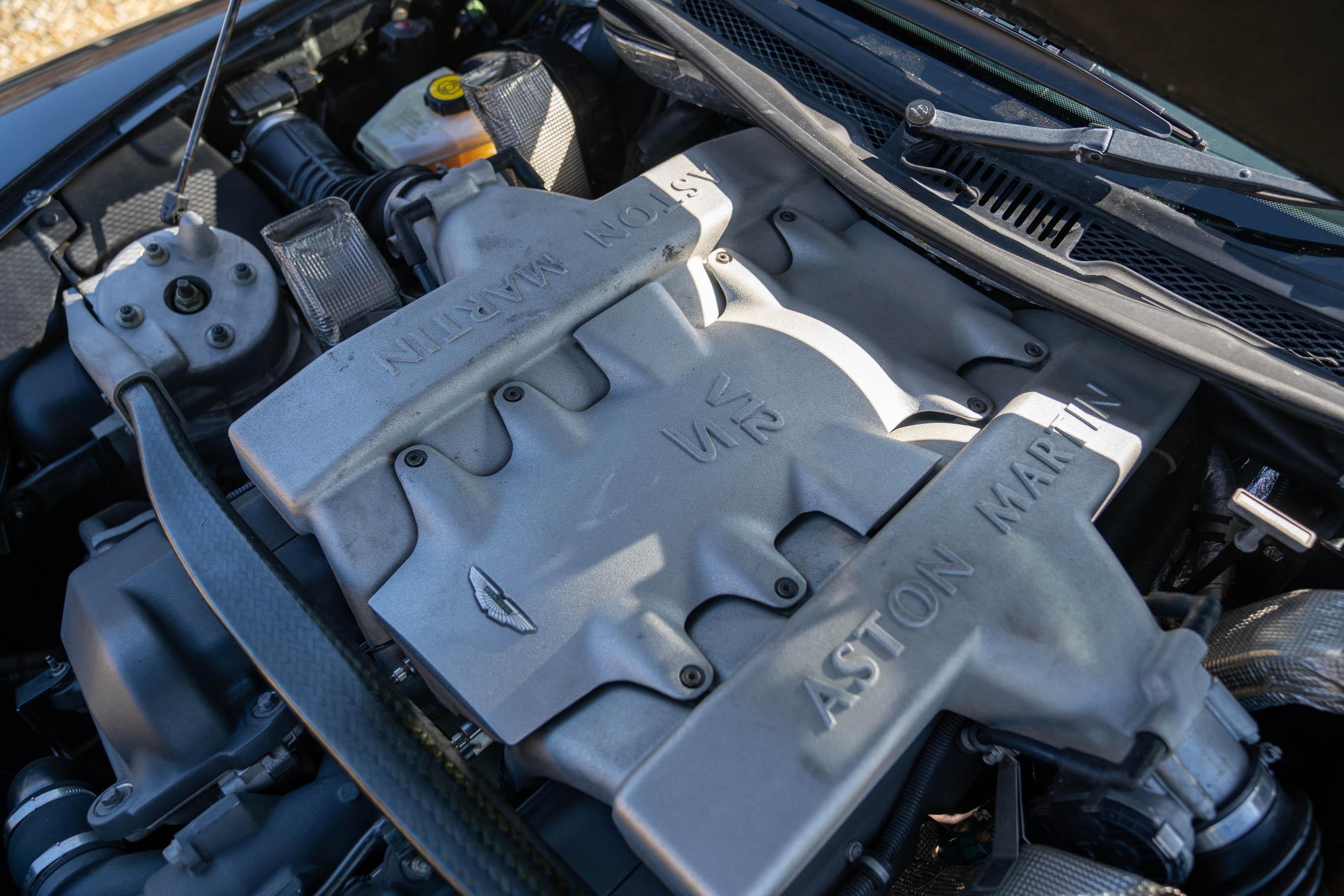 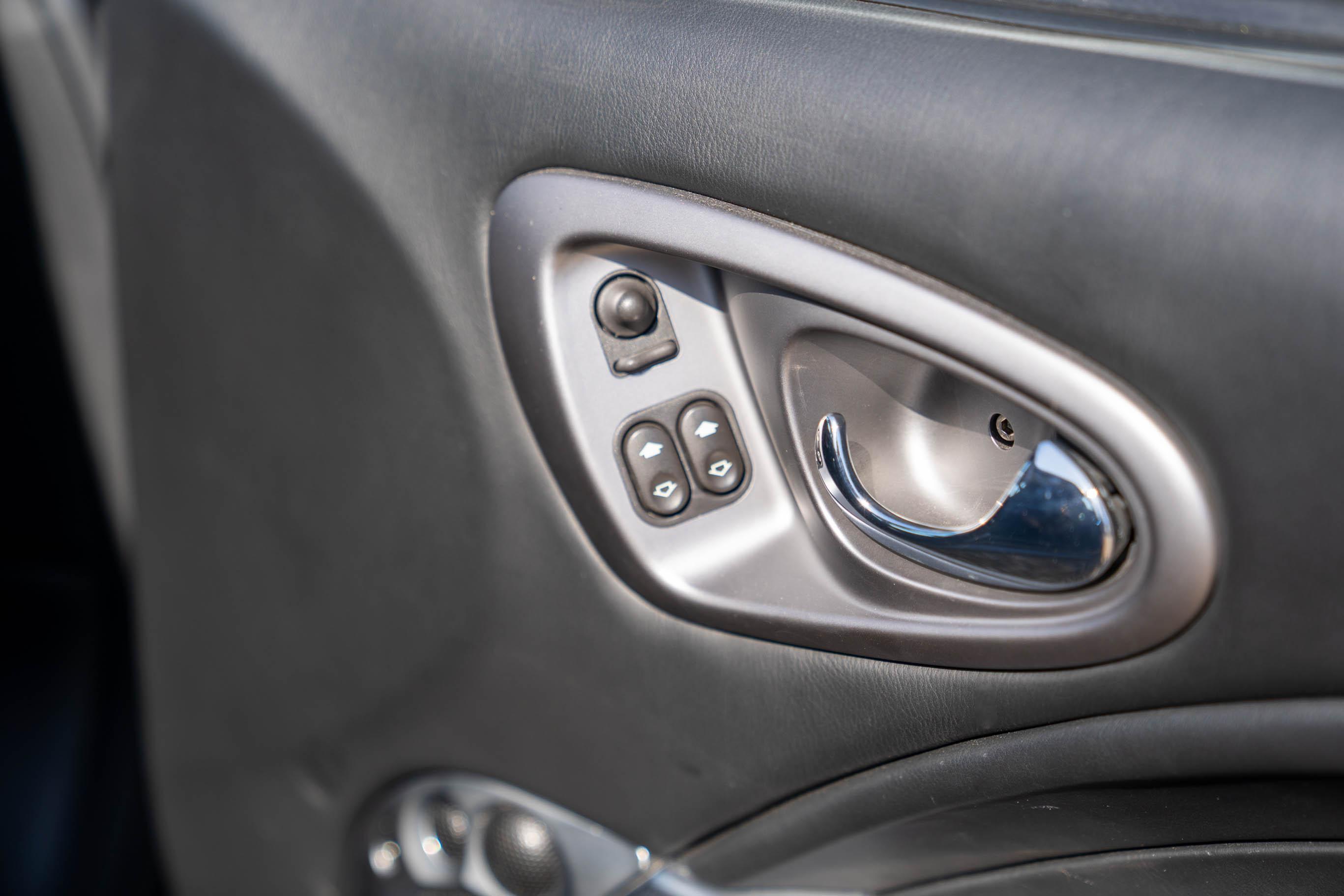 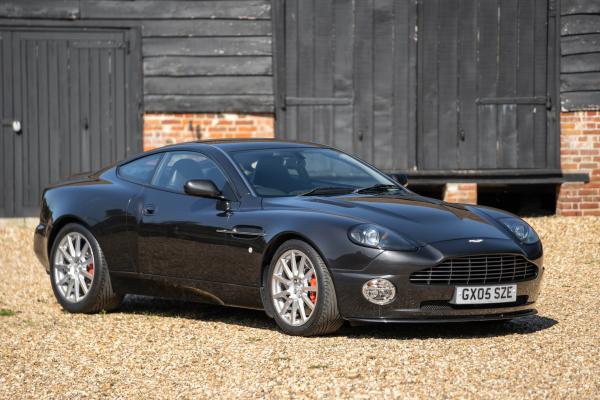 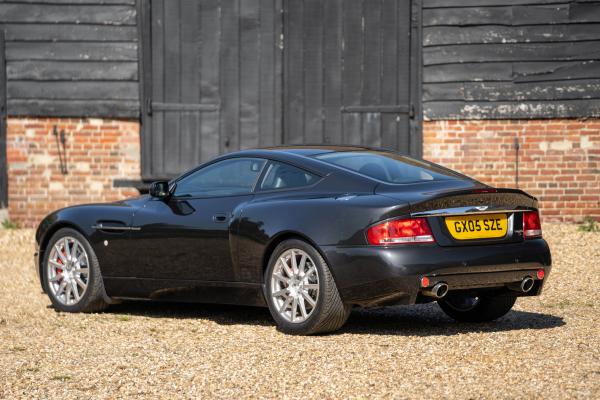 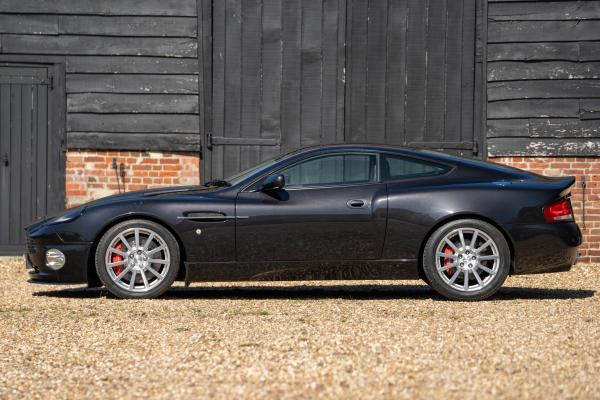 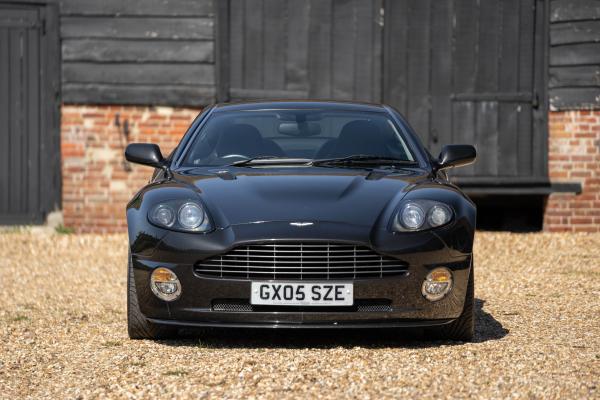 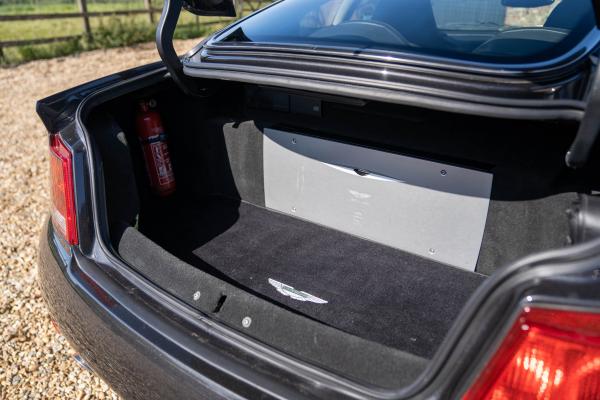 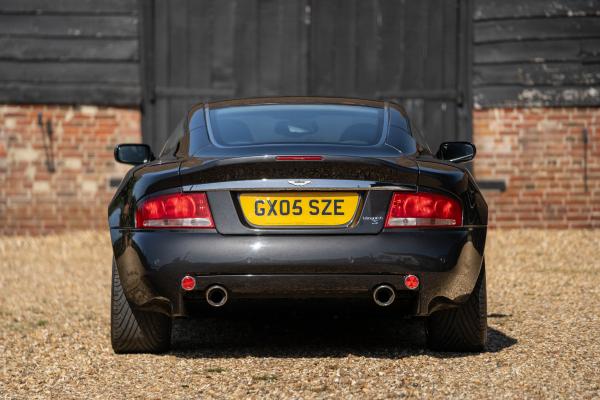 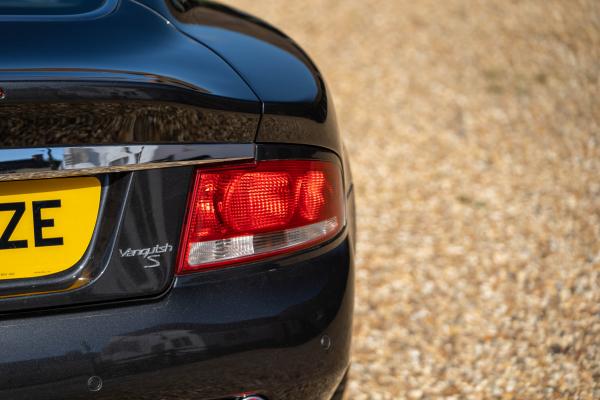 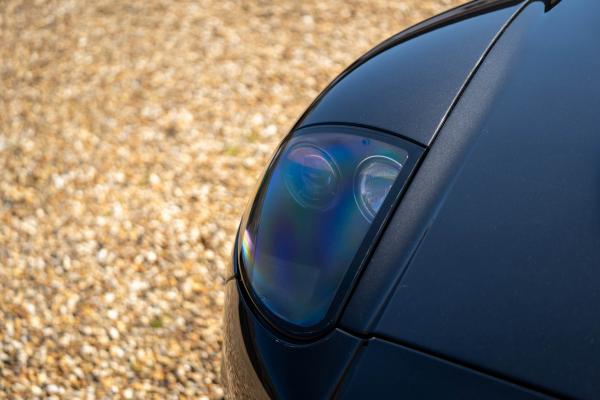 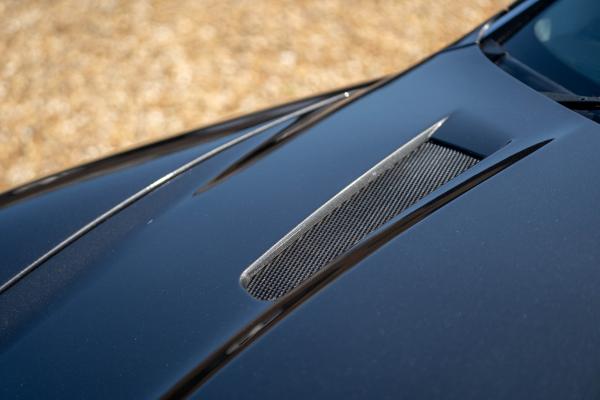 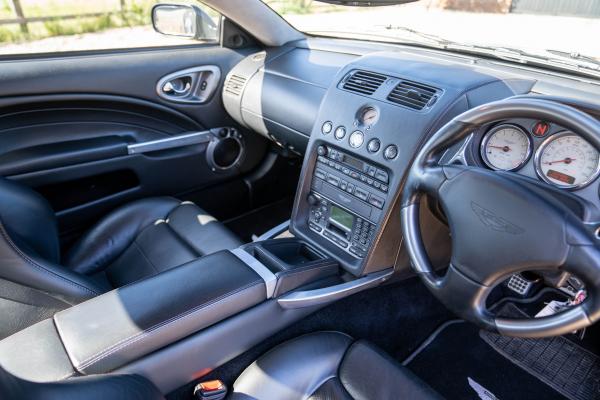 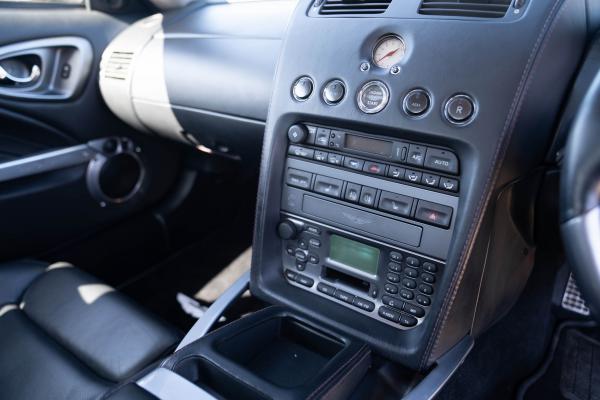 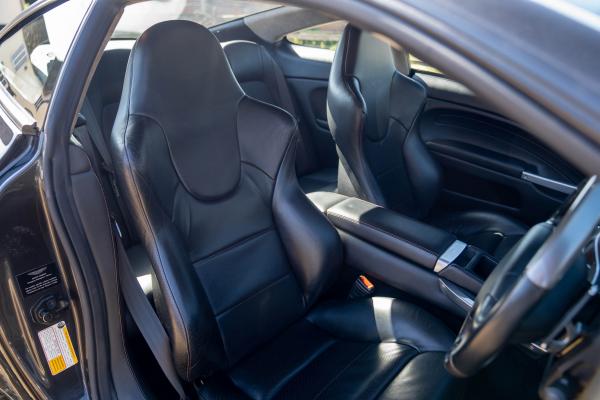 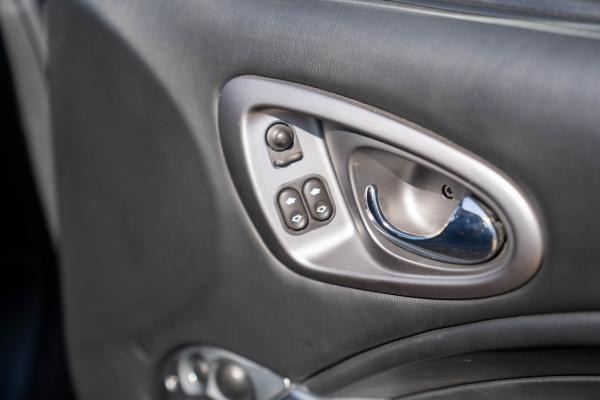 The Vanquish S model launched at the 2004 Paris Motor Show incorporated a number of significant improvements and upgrades to the original making it a much more desirable car. Power from the V12 engine was increased from 460bhp to 520bhp, the previously optional Sports Dynamic Package was included incorporating sportier suspension, steering and brakes. Visual changes included new wheels, a different nose shape with new front splitter and a new raised boot lid with larger integrated spoiler, these changes not only made the car look much more modern they also brought about a reduction in drag from Cd 0.33 to Cd 0.32. The headline result was a top speed for the S in excess of 200 mph and the model has remained sought after by enthusiasts from new to date.

This fine example is a UK supplied S delivered when new on the 2nd April 2005 by Aston main dealer Lancaster in Sevenoaks, Kent. It was finished to a desirable specification in Pendleton Black with matching black leather interior and Piano Black wood finish.

The supplying dealer continued to maintain the car until 2007 and 4,300 miles at which point a new owner used his local Aston dealer, HWM in Walton-on-Thames for maintenance until 2009 and 12,000 miles. A further change of owner again meant a change of dealer to Harwoods in Chichester for servicing until 2014 and 24,000 miles at which point Nicholas Mee, an officially accredited Aston Heritage service agent, undertook a service before selling the car to the last owner. Since then HWM have once again been responsible for maintenance although the car has seen minimal use in this owner’s hands and has spent nearly all of its time since 2014 in professional storage.

Service detail as per invoices and the stamped service book is as follows:

This super S remains in very good and original order throughout and has clearly been well looked after throughout its life. It comes with all books, tools, keys and invoices.