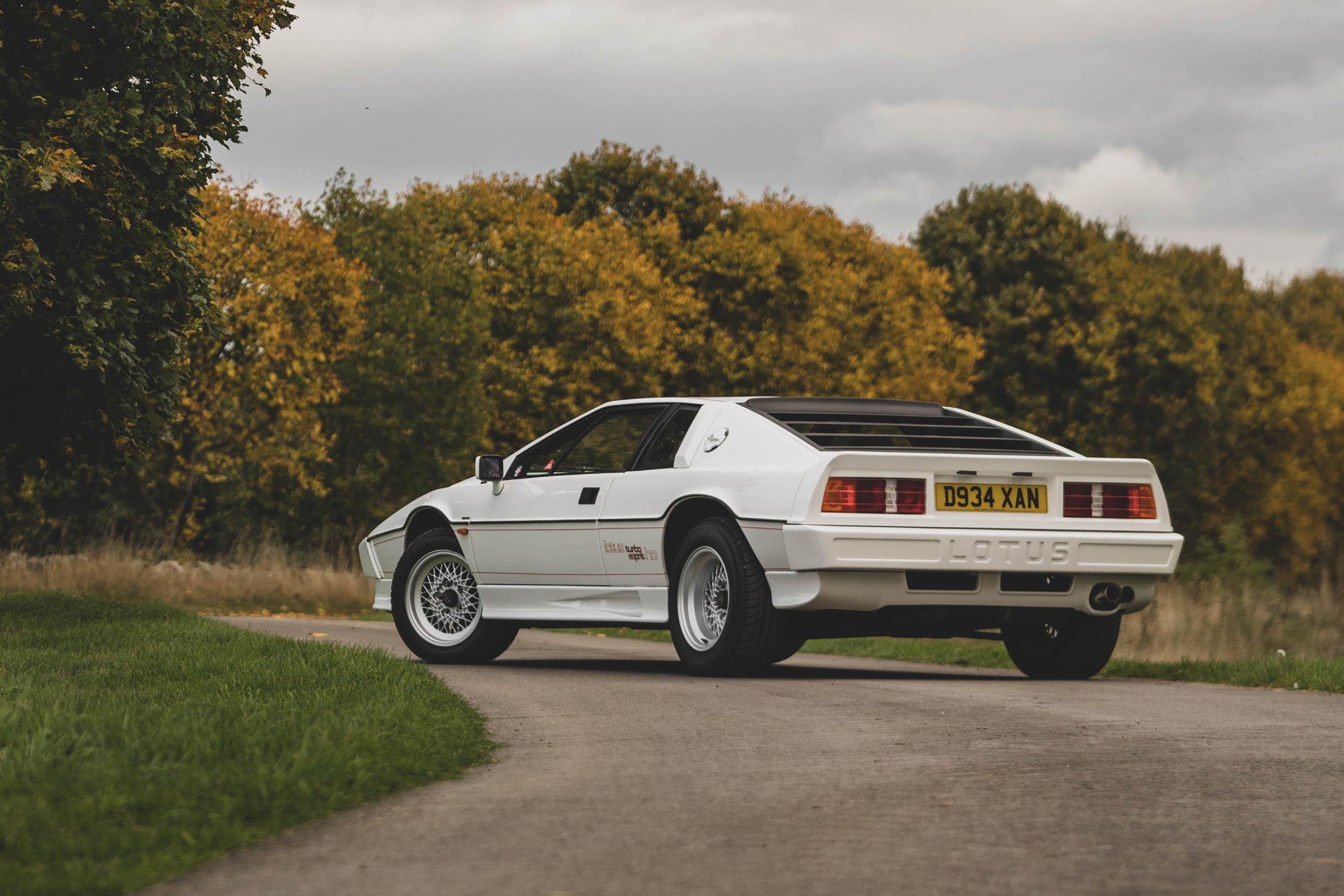 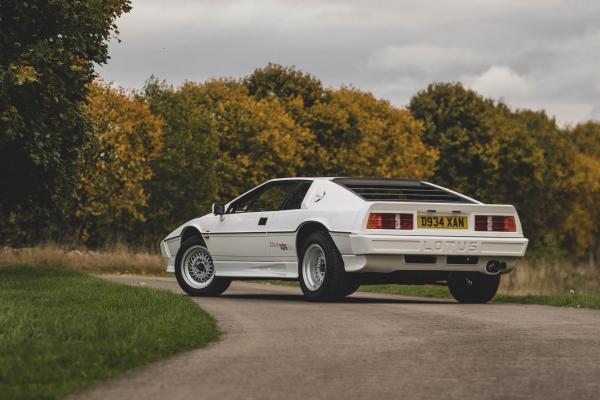 This fantastic Esprit may seem familiar to some of you and for good reason as it has been owned for the past four years by the much-revered motoring writer and enthusiast Harry Metcalfe in whose hands it has featured in a number of videos and articles. Indeed, it was the cover car for the July 2020 edition of Octane Magazine in which Harry completed a 2000 mile “Bond Odyssey” through the Alps to Cortina.

It is easy to see why Harry chose to buy this particular Esprit, the HC was the most powerful and developed of the original Giugiaro design Esprit and this example has to be the finest about with just two previous owners, only 24,000 miles from new and in unusually fresh and lovely original order in all respects.

Ordered to a unique specification as confirmed by the Lotus Certificate of Provenance on file, the Esprit features Monaco White paintwork, a red half leather and velour interior and optional extras of air conditioning, glass sunroof and Clarion 950 radio cassette player. The stereo has recently been updated to the excellent high quality retro Blaupunkt Bremen unit featuring Bluetooth, audio streaming and DAB radio whilst looking very much era appropriate.

The car was supplied when new by Lotus main dealer Mike Spence of Reading, it was signed off by the factory on the 9th March 1987 was registered as D934 XAN (retained to date) on the 31st of March and delivered to the first owner on the 4th of April as detailed in the service book.

The original owner retained the Esprit until November 2016 covering just less than 20,000 miles during this time. A second owner kept the car for just over a year until it was bought by Harry from the deservedly revered Lotus specialist Paul Matty of Bromsgrove in February 2018. Following a full inspection and service as detailed on file Harry took delivery and has immensely enjoyed the Lotus for 4,000 miles. The Esprit has returned to Paul Matty for servicing and maintenance as required, indeed a full service including cam belt replacement has just been completed (25/10/2021) again this work is all detailed on file.

This Esprit really is in exceptionally good original condition with a level of detail one would expect in a two year old never mind thirty four year old example with no discernible deterioration anywhere. On the road this impression continues, I keep talking about the special feel that an unrestored low mileage carefully looked after car has and this Esprit has it in spades.

An iconic model from a manufacturer that really feels like it is going places right now. Great examples like this will not be such good value for much longer.