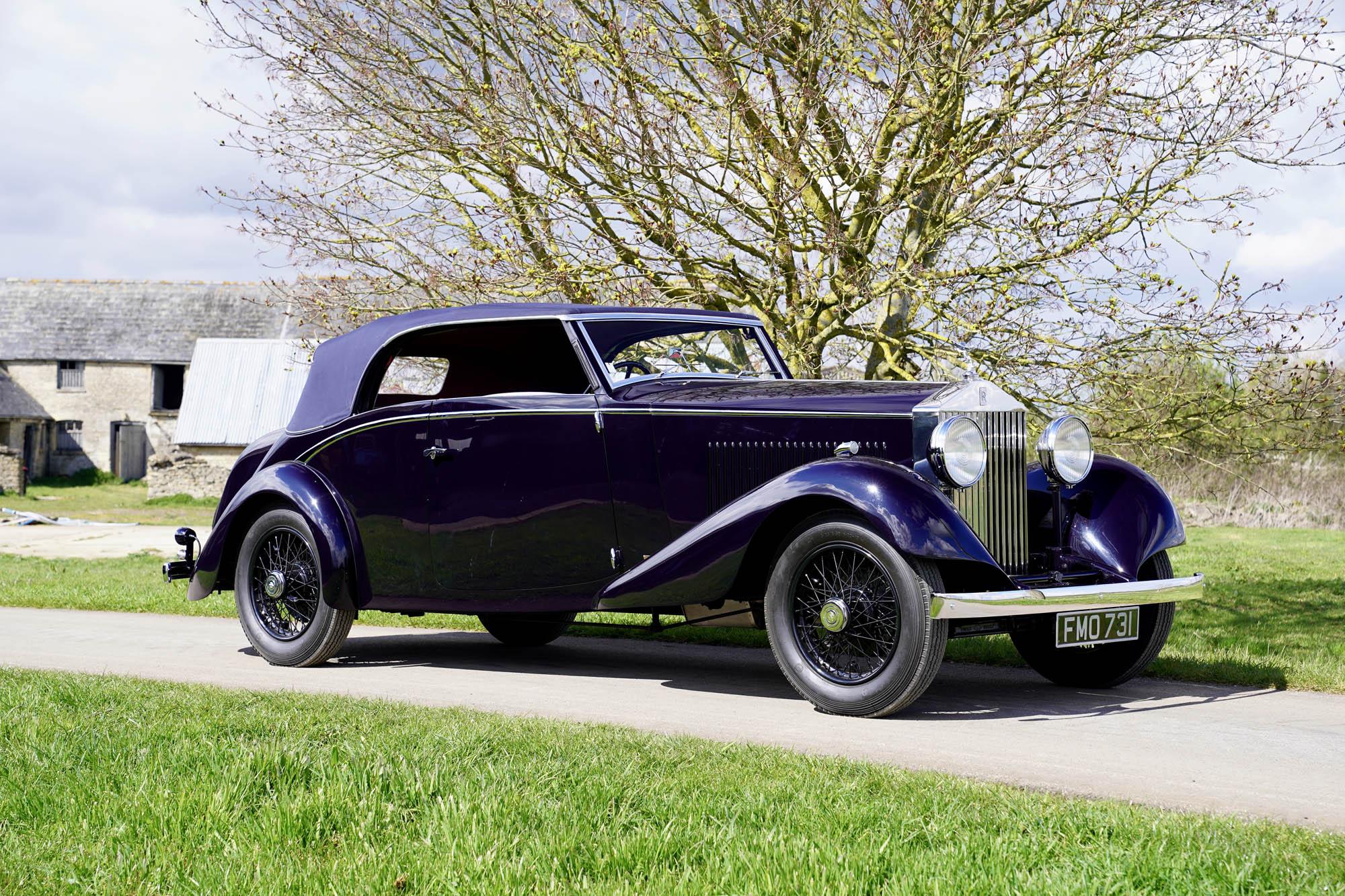 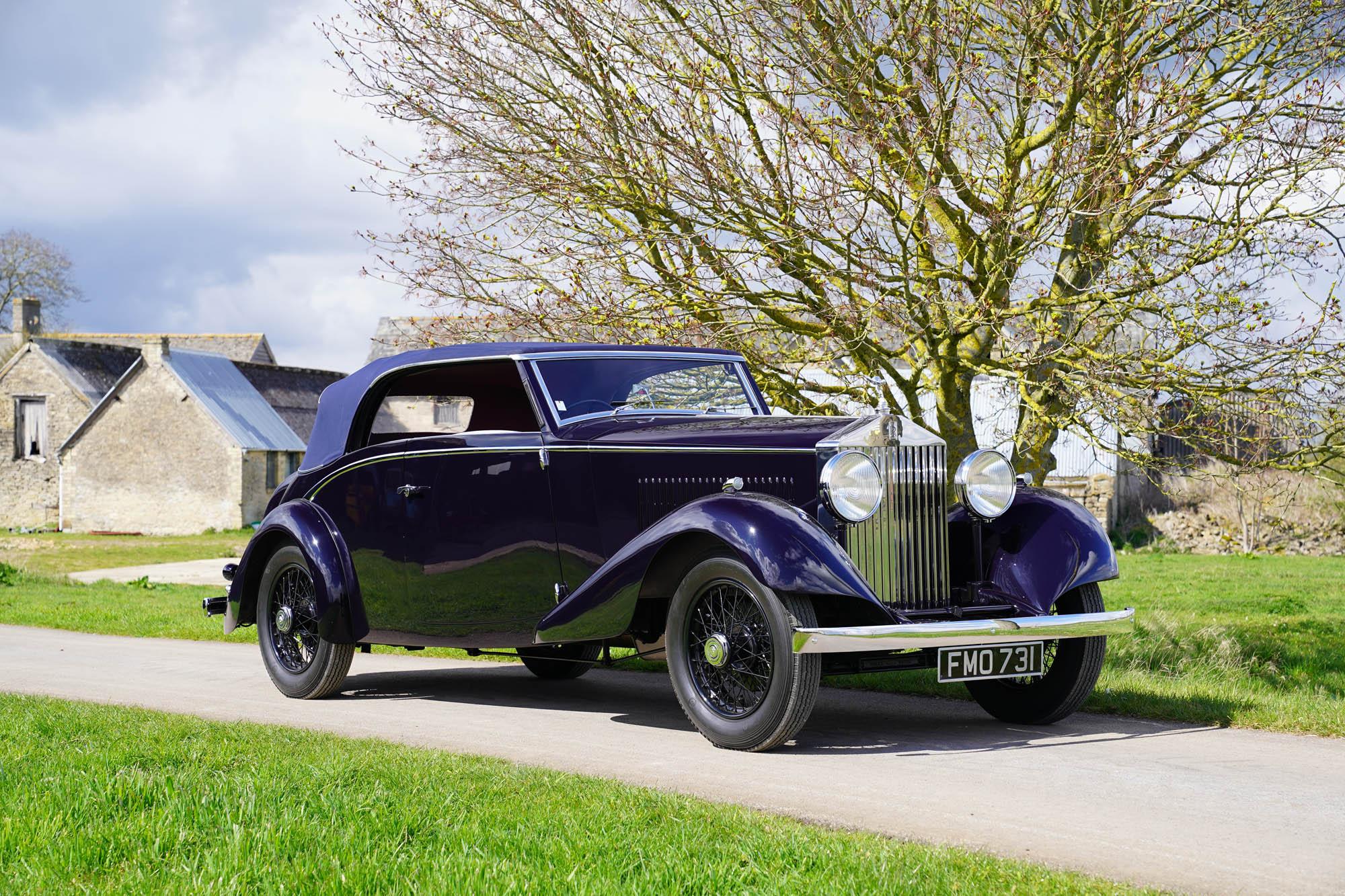 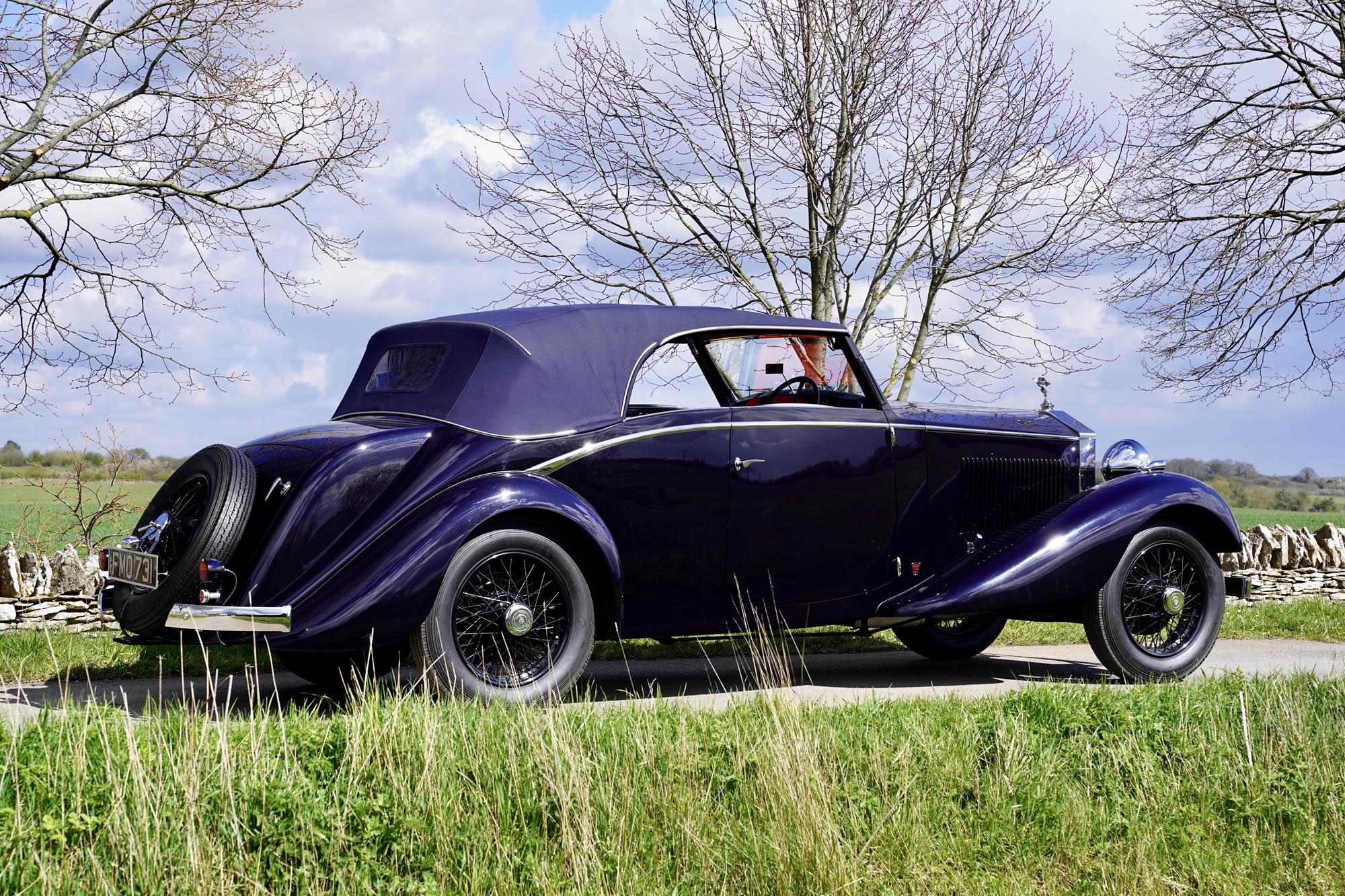 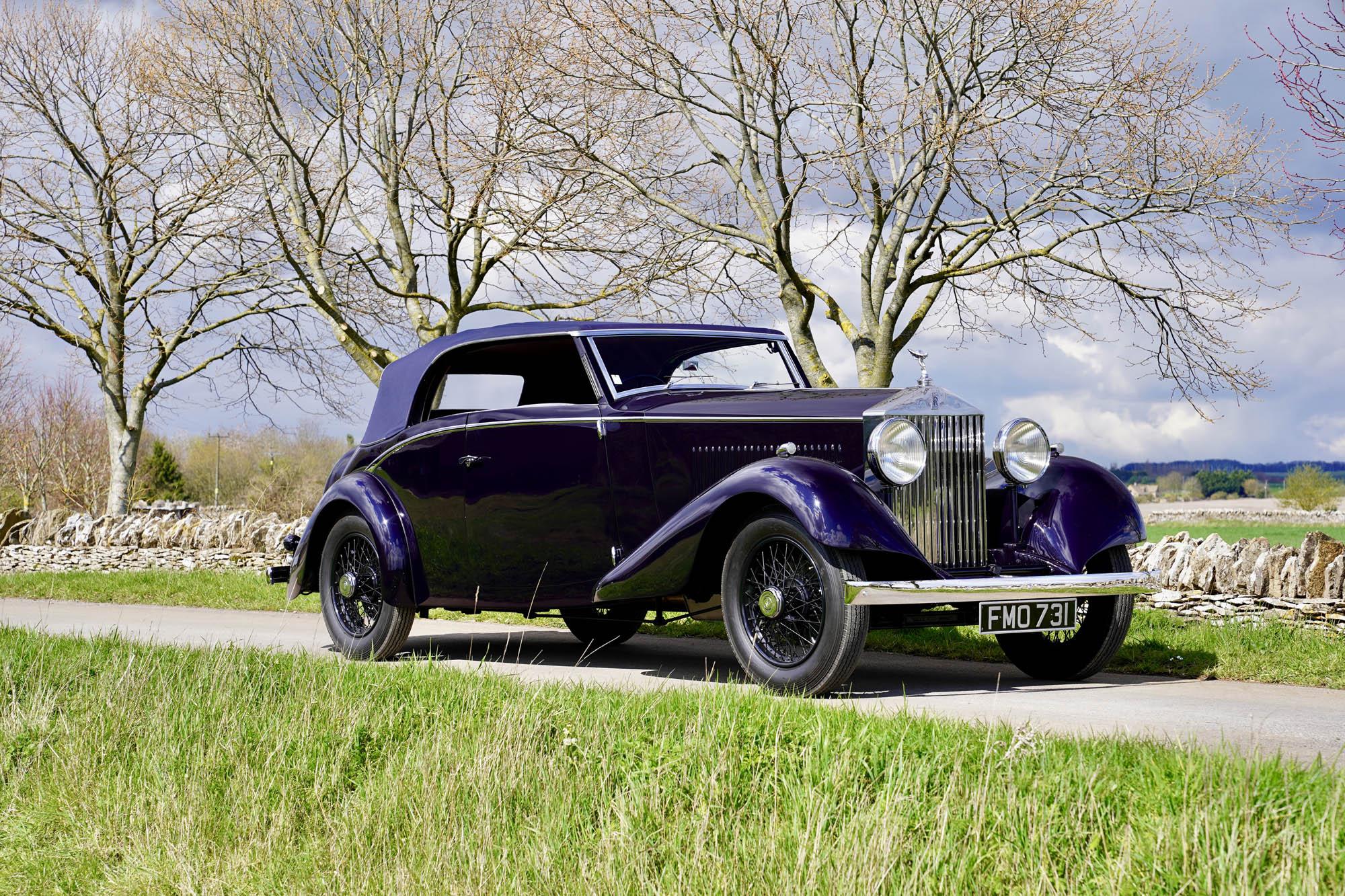 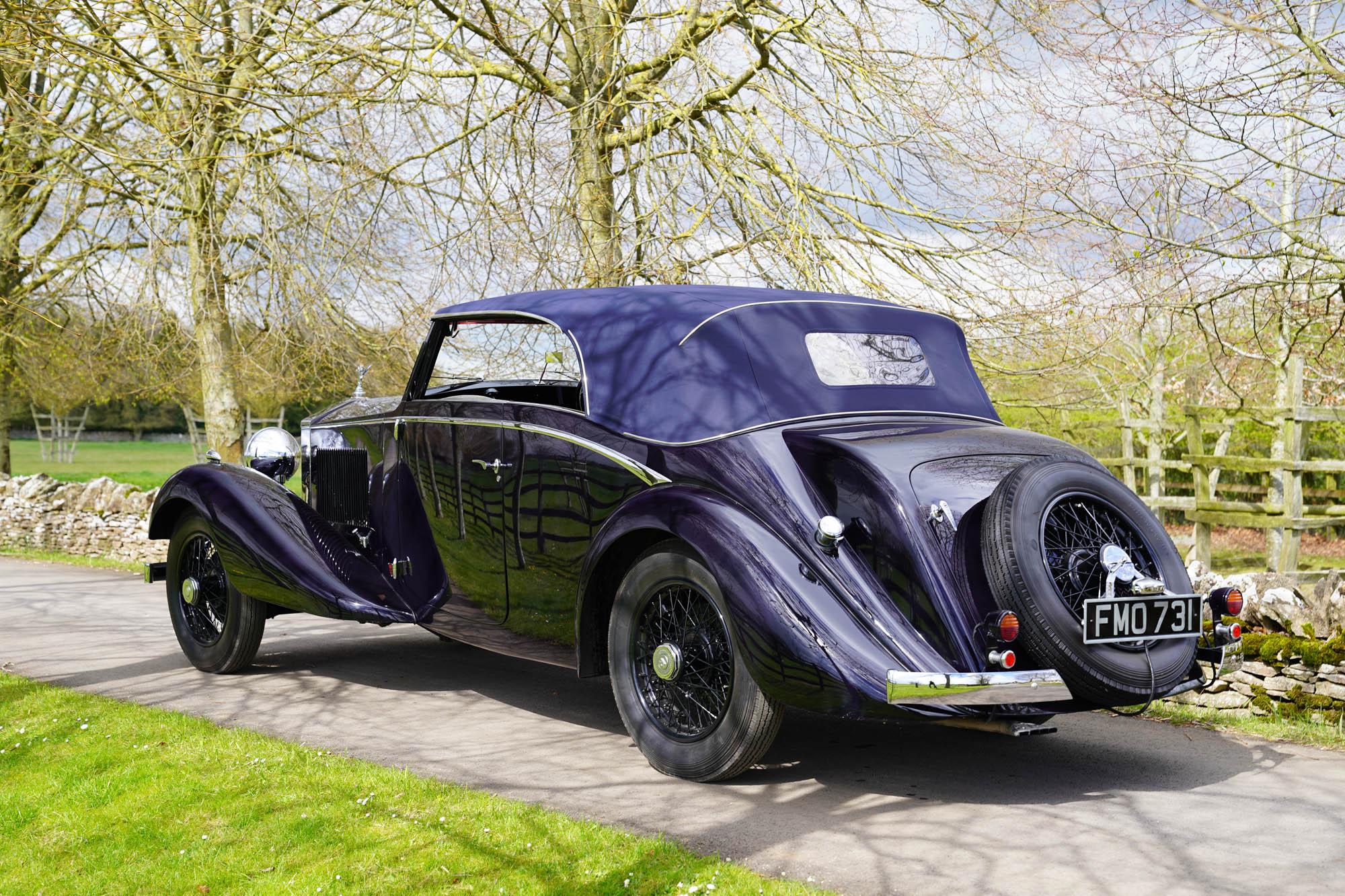 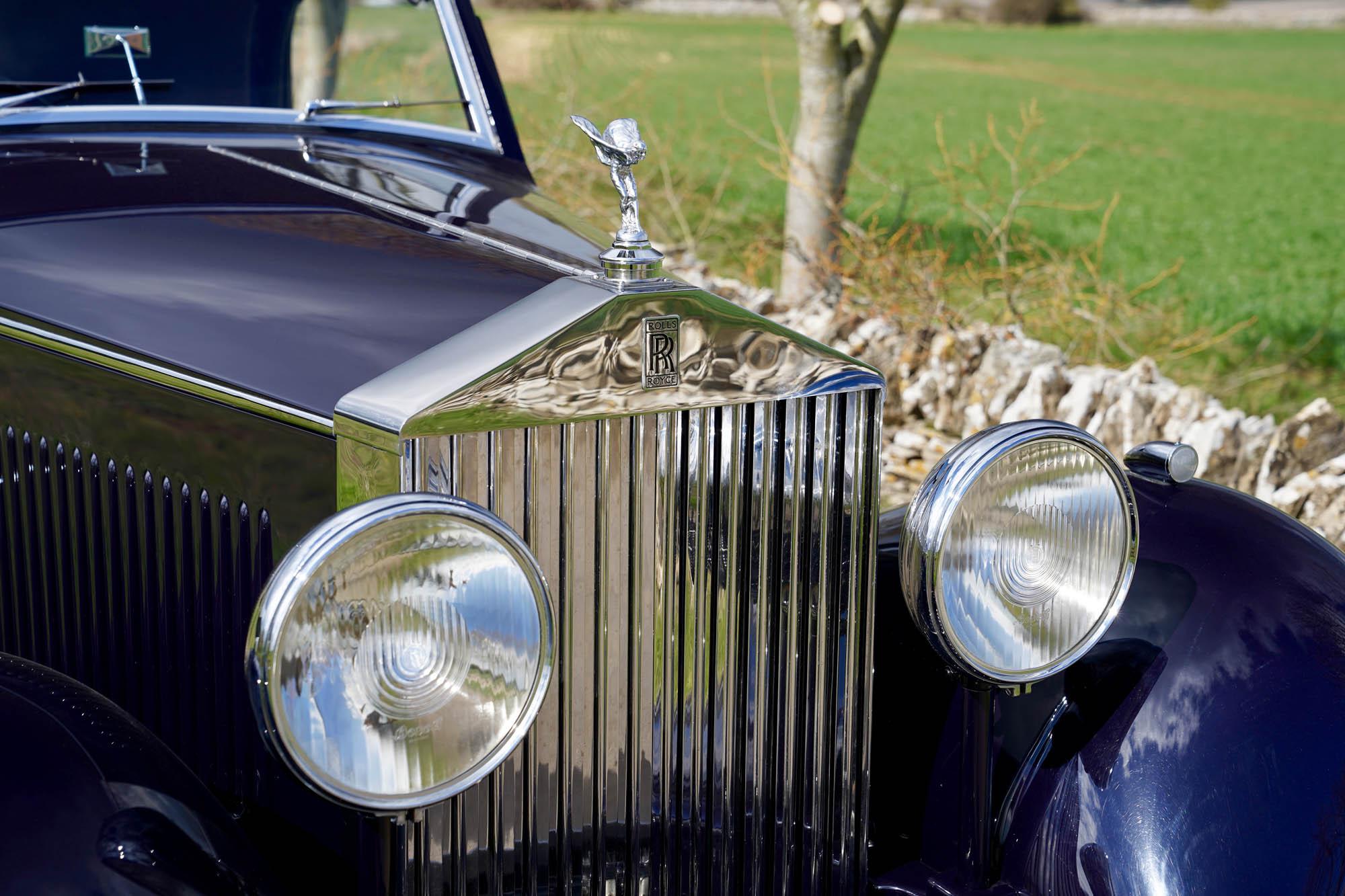 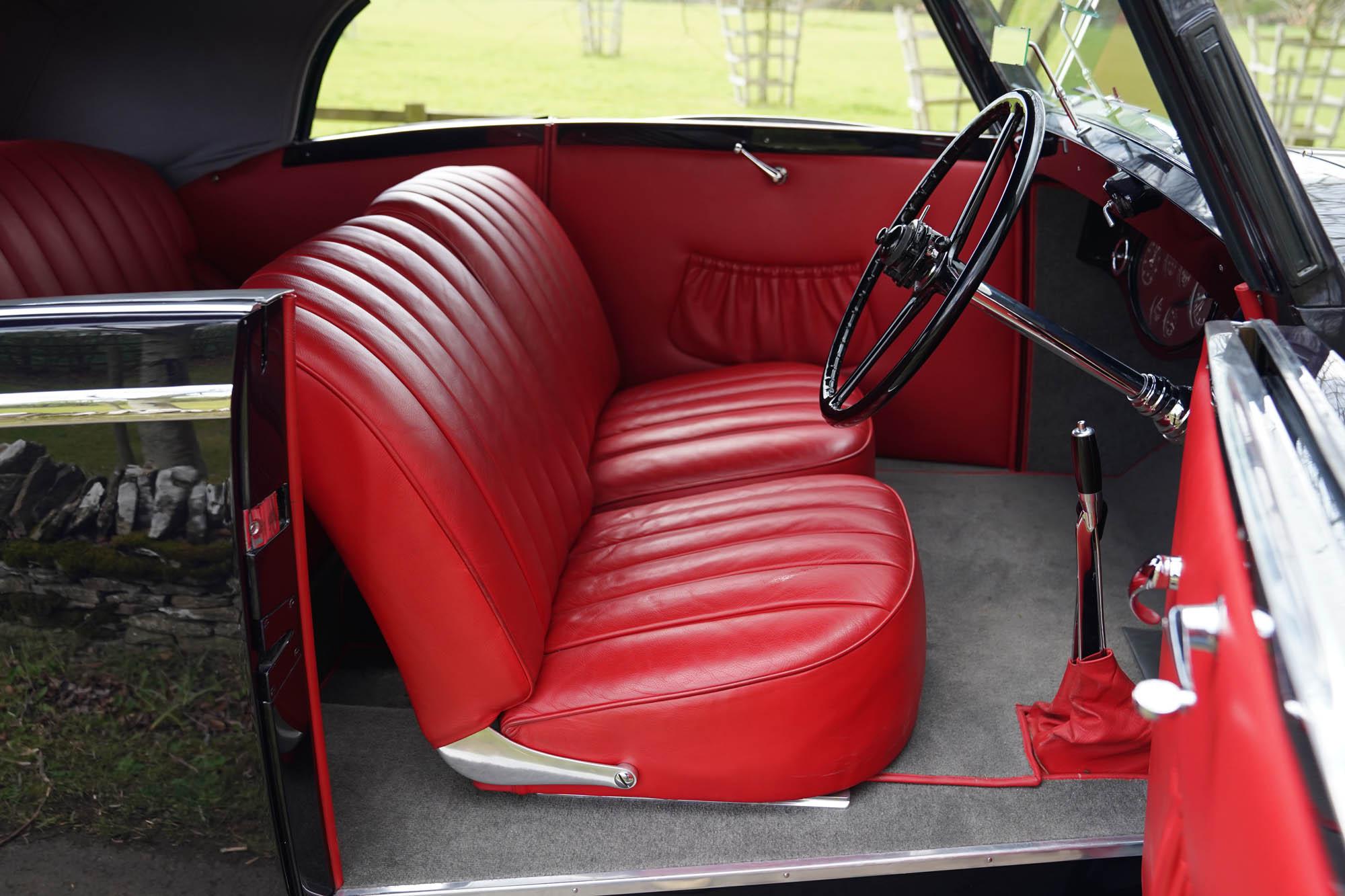 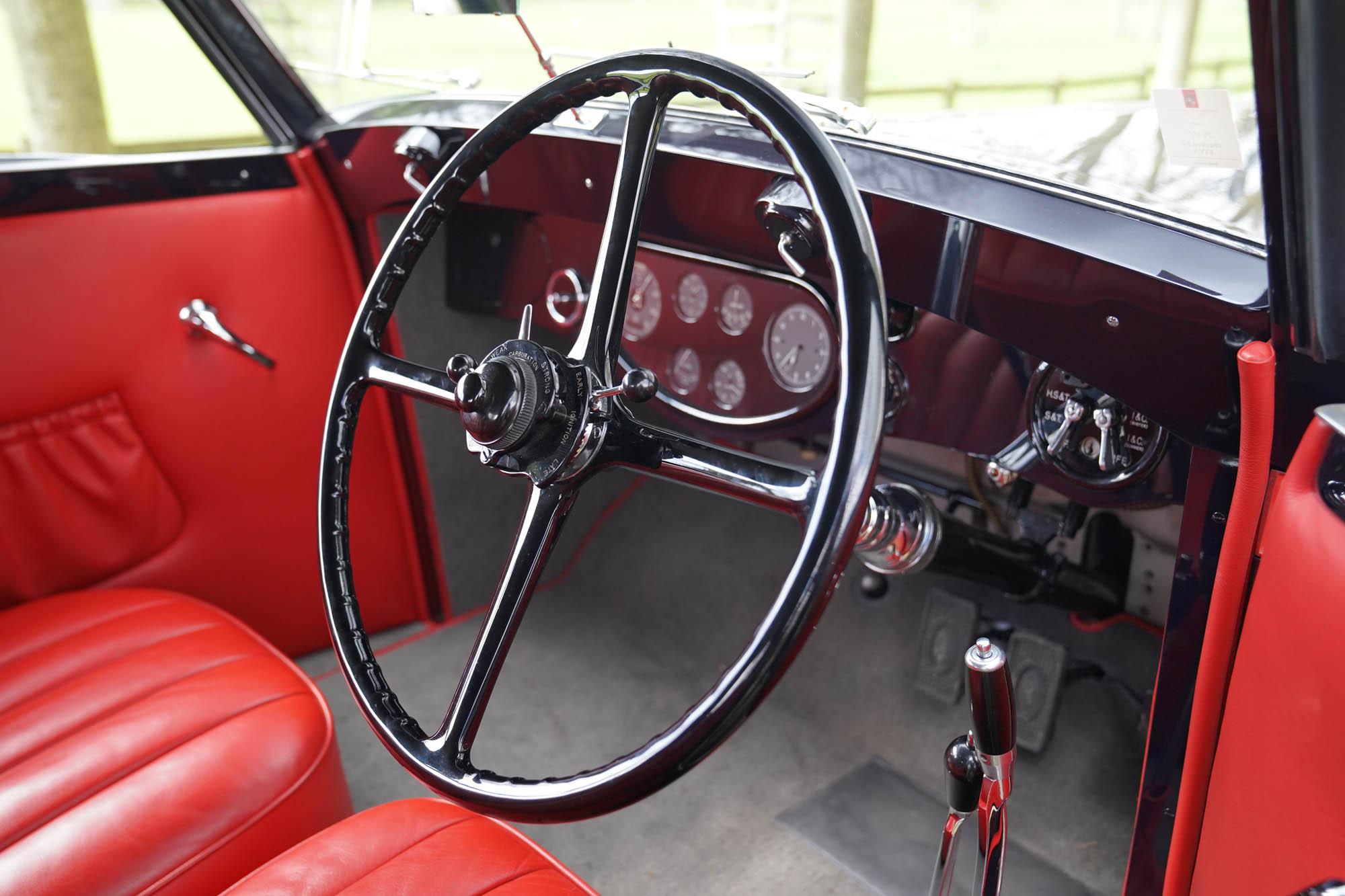 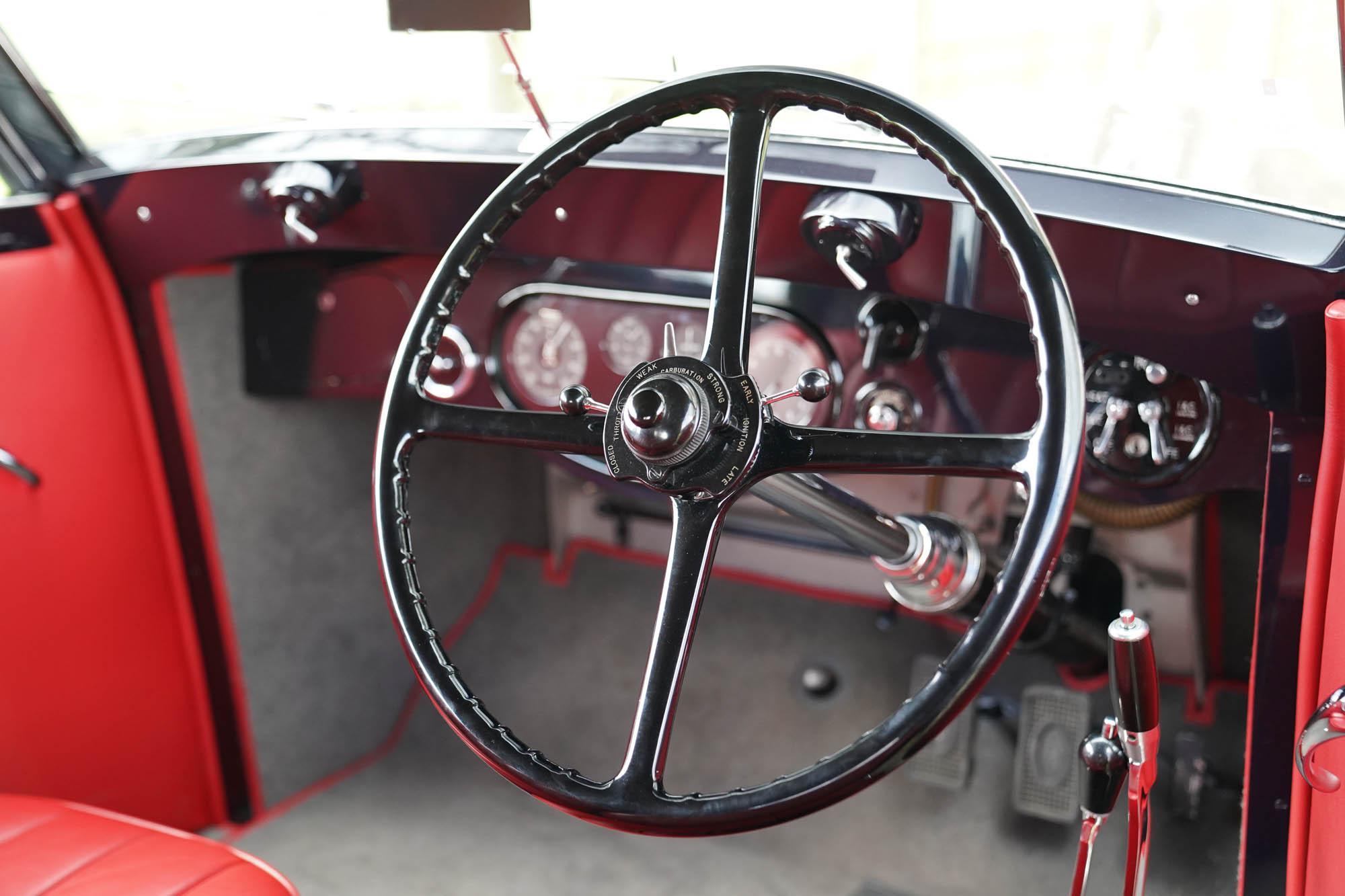 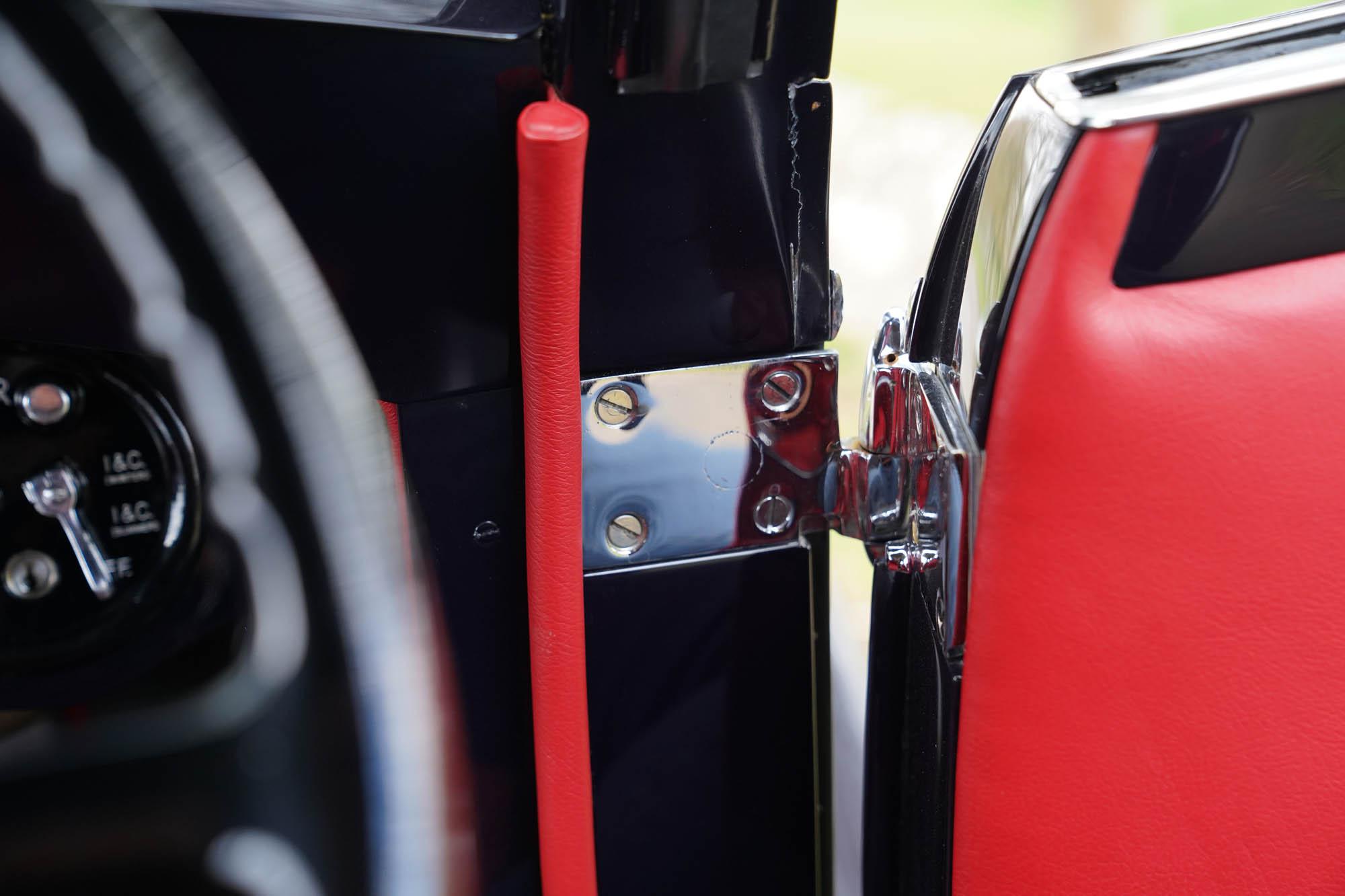 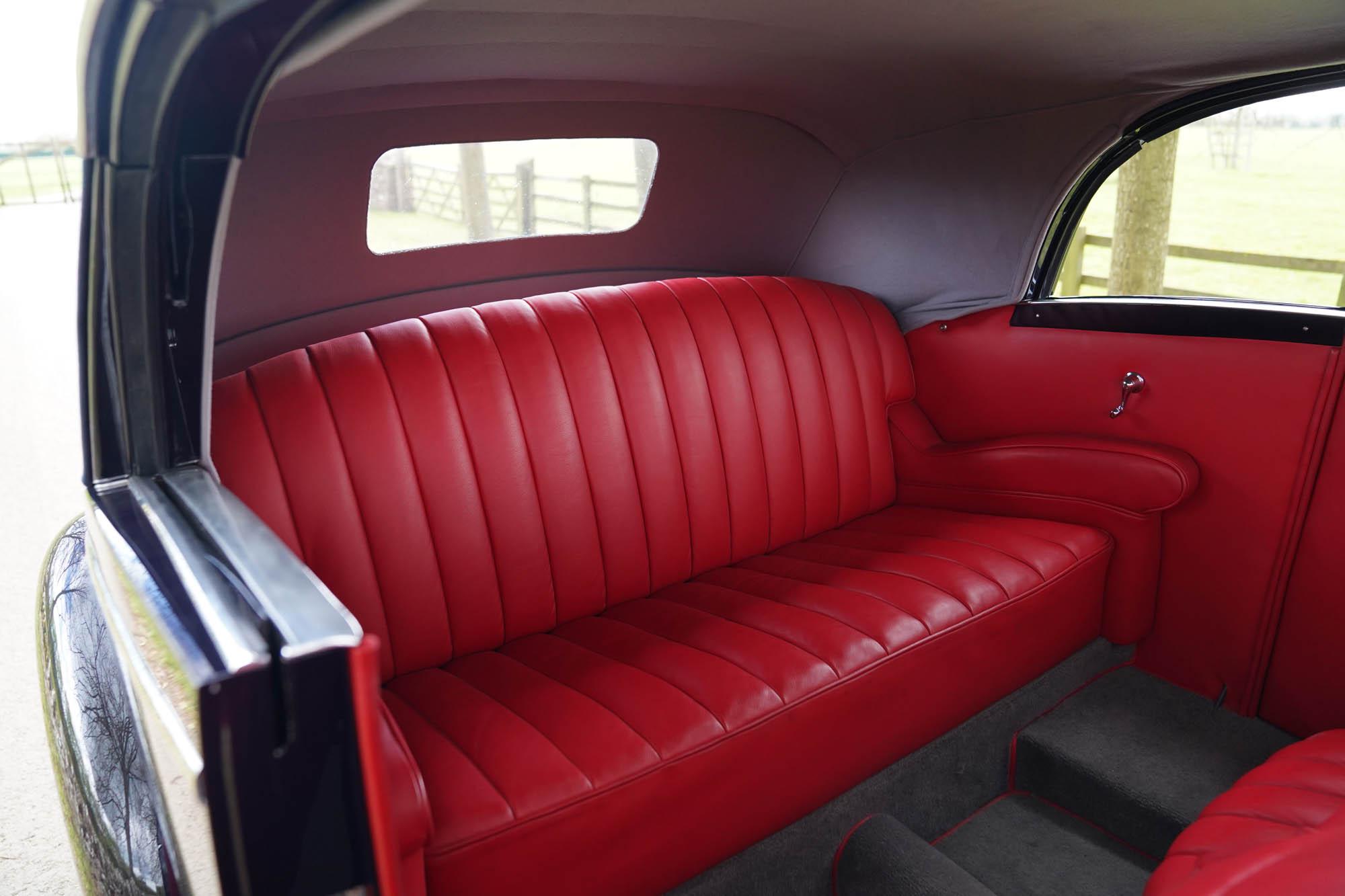 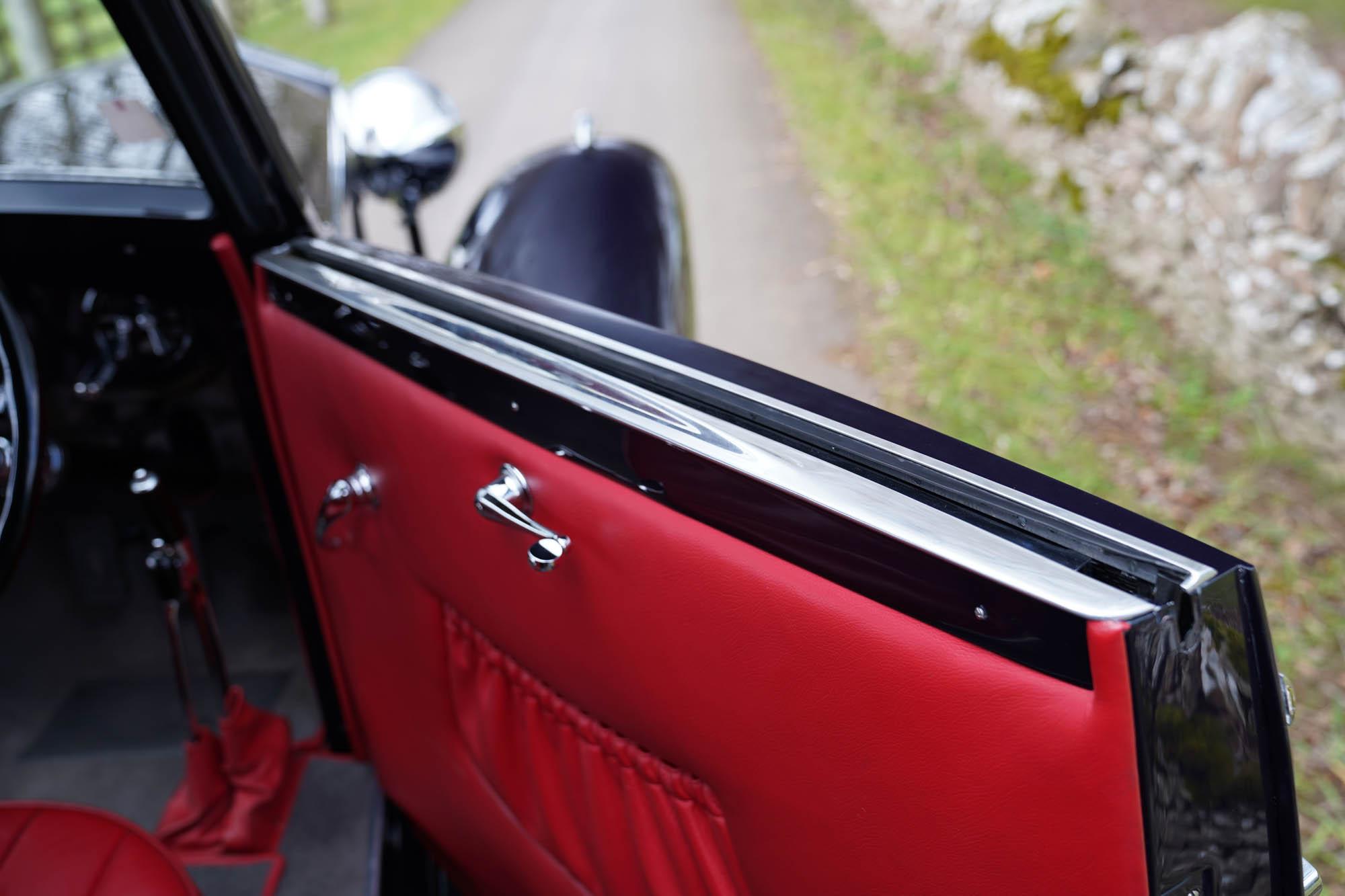 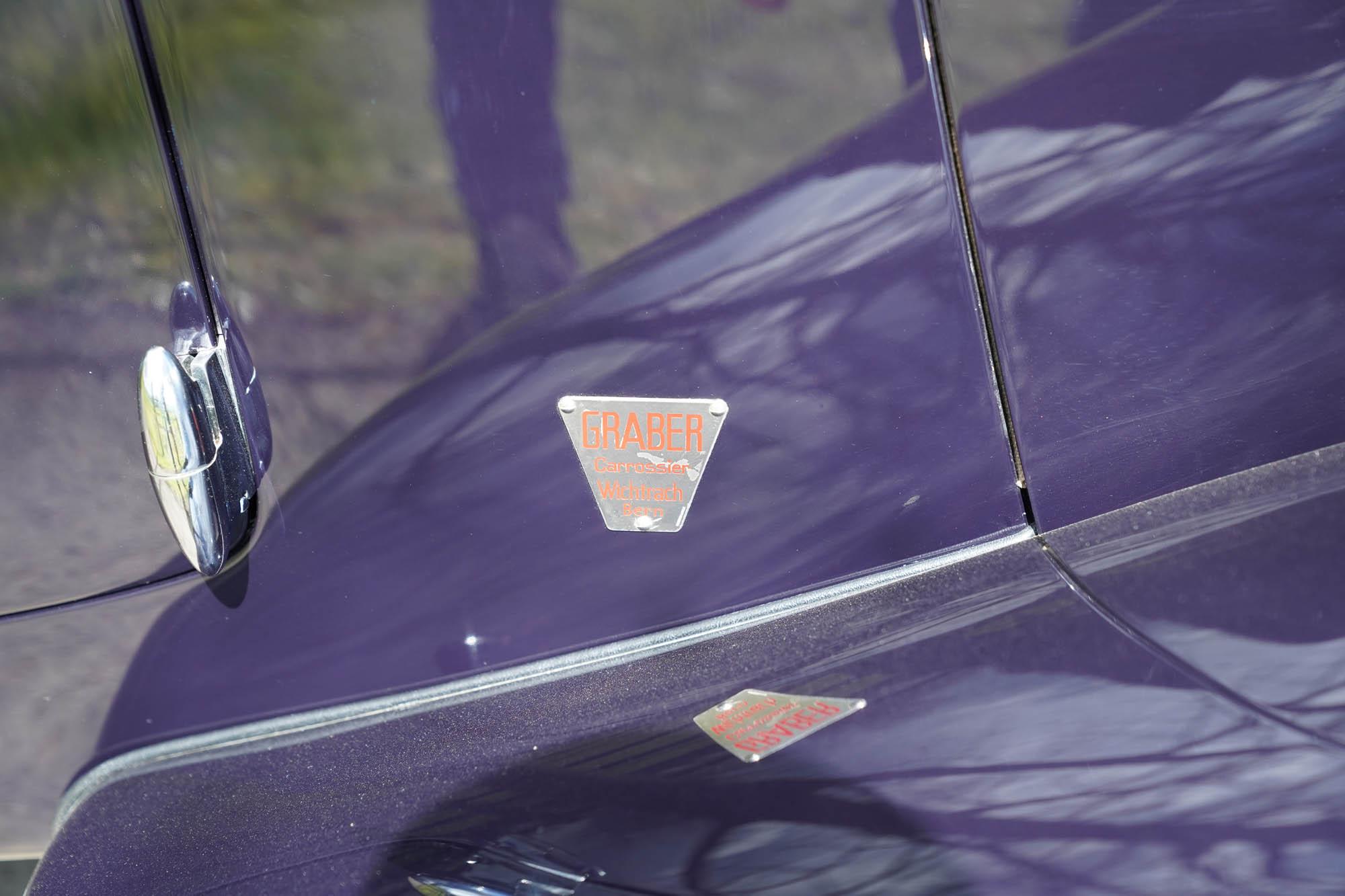 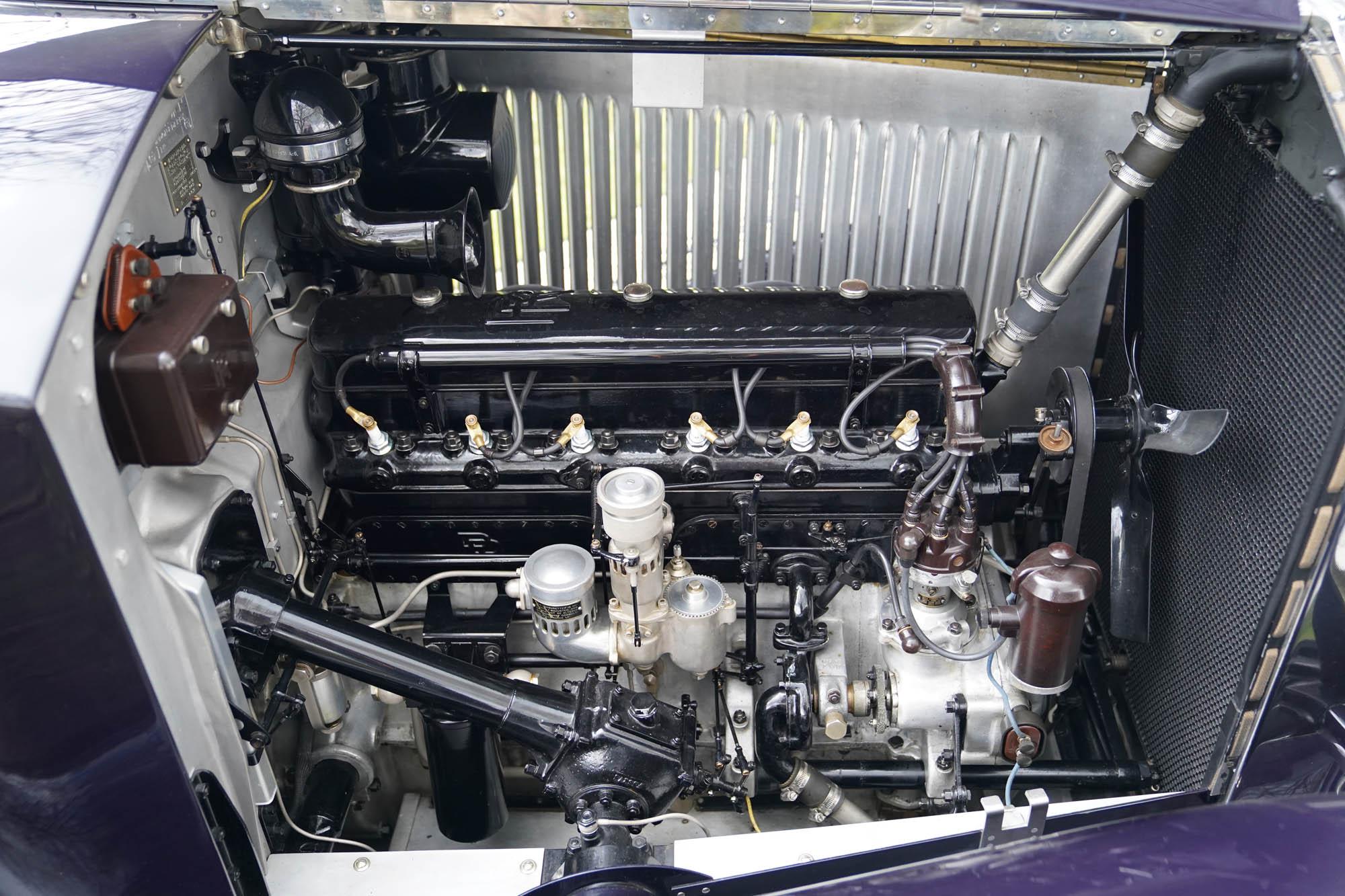 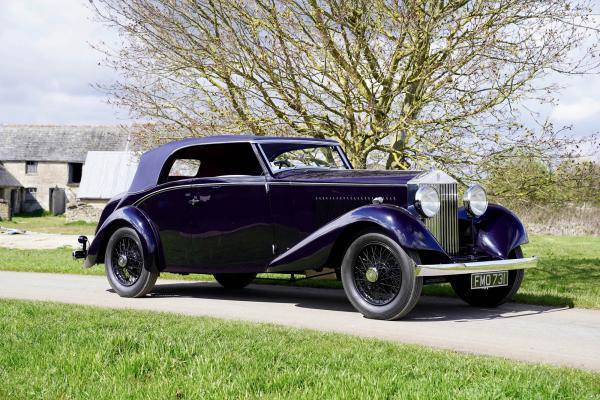 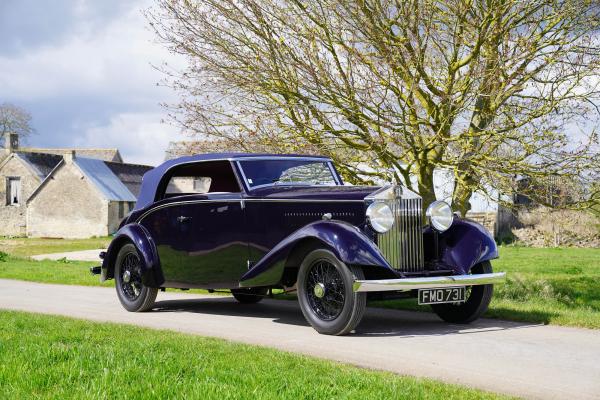 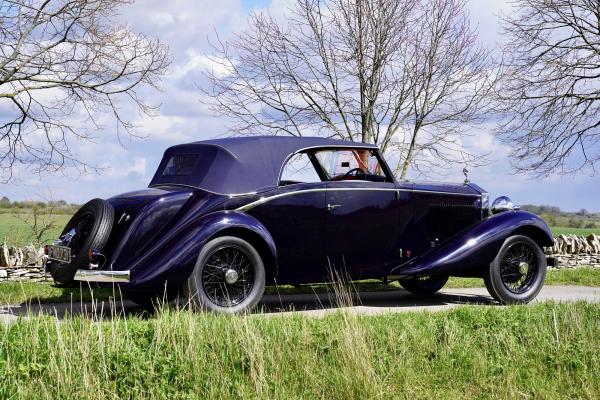 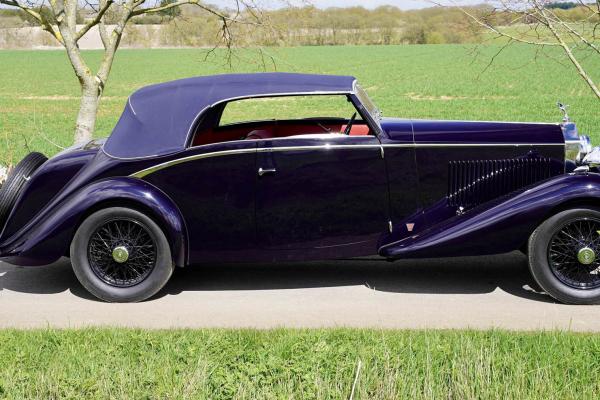 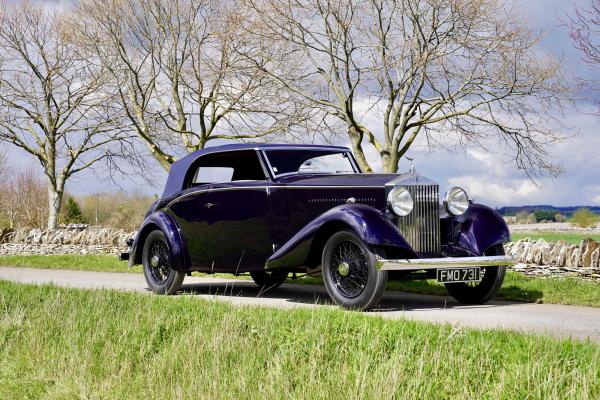 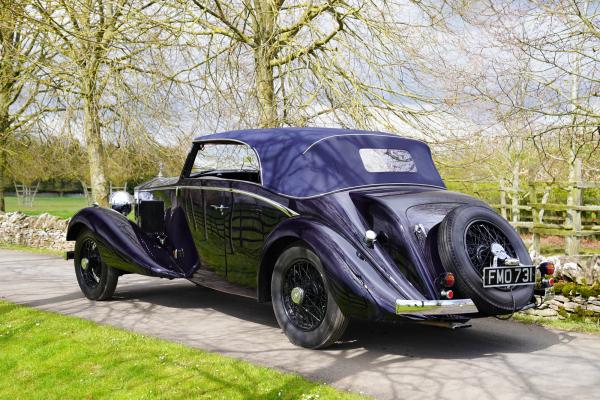 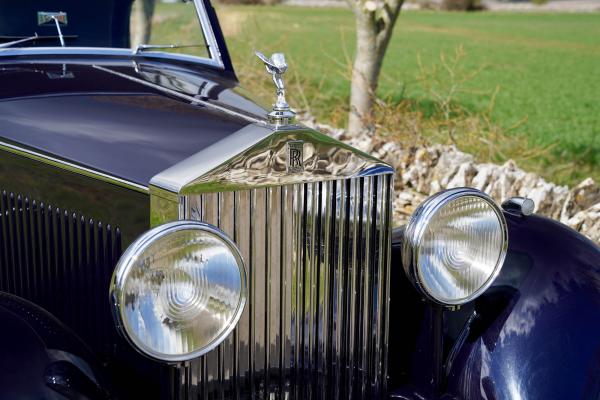 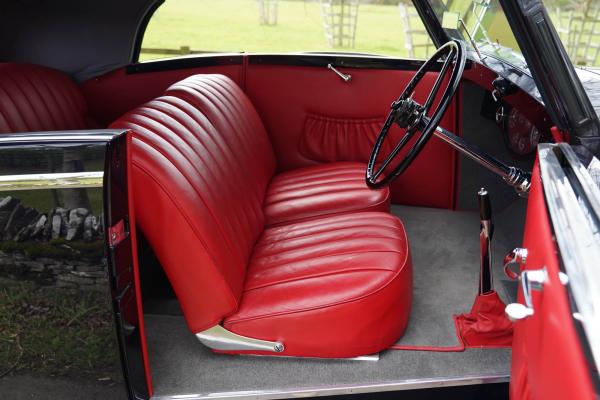 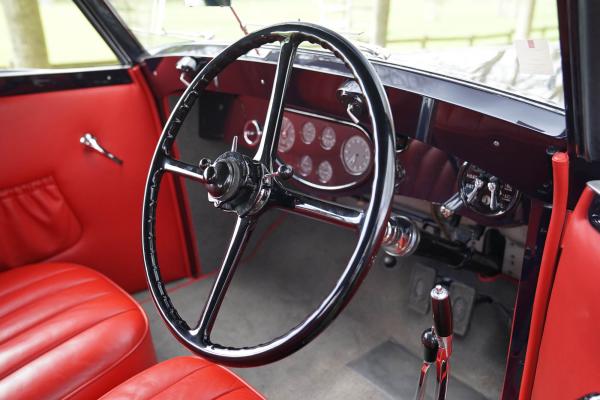 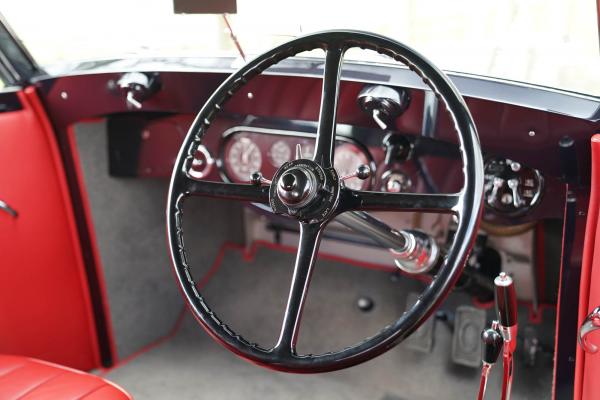 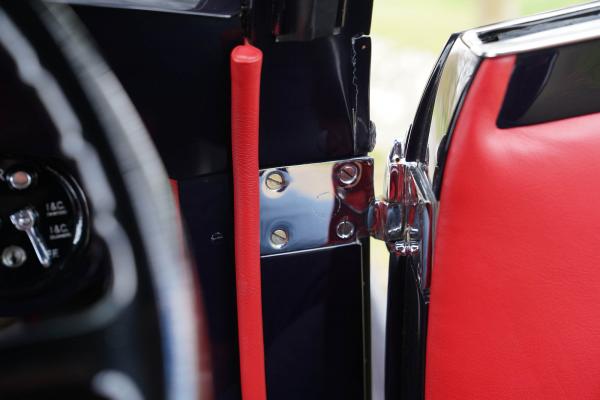 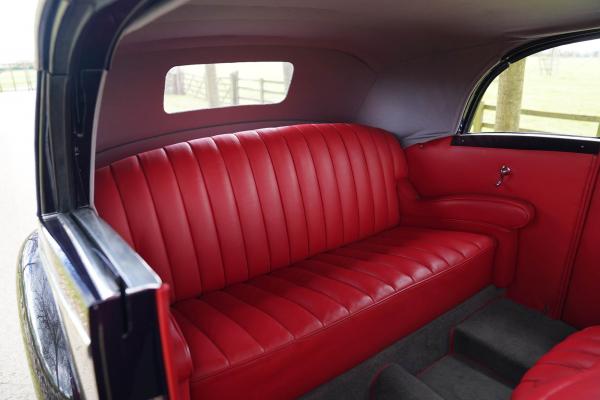 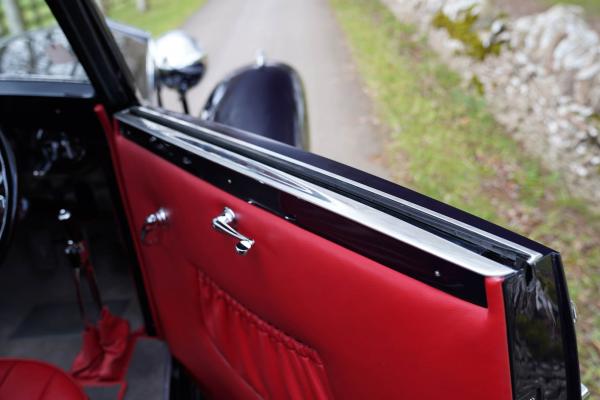 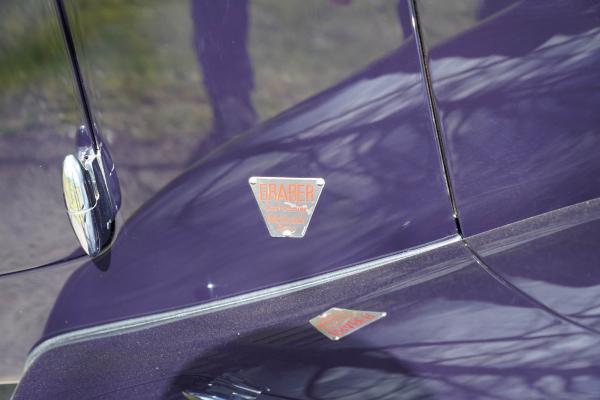 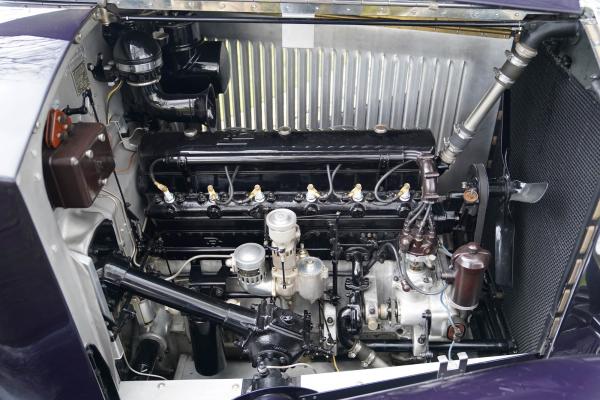 A supremely elegant Drophead Coupe and only the second Rolls Royce bodied by Swiss coachbuilder Hermann Graber. This Rolls Royce has a full and fascinating history culminating in a number of recent concours successes following a complete restoration by noted specialists Fiennes Restorations.

Chassis GRW59 was ordered new by Joseph Rubin of Geneva, a noted Anglophile when it came to cars. He owned eight Rolls Royce and Bentley motor cars between 1923 and 1934, taking delivery of this one in January 1933, via the Geneva RR dealer A Schmidt. He ordered it with a saloon body from Swiss coachbuilder Gangloff who bodied only seven Rolls Royce’s, four of which were owned by Rubin.

By 1937 Rubin was clearly hankering for a sportier Rolls Royce as rather than order a new car he chose to re-body GRW59, choosing Hermann Graber of Berne, noted for his stunning sporting coach work on Duesenbergs, Bugatti Type 57’s and Alfa Romeos. There is no doubt that Graber brought a beautiful and unique style to the Rolls and Rubin must have been delighted, alas he had little time to enjoy his new car as he died a month after Graber’s completed work was delivered to him by in August 1937.

The car passed to its second keeper, His Royal Highness Sardar Shah Ali Wali Khan Ghazi, brother of the King of Afghanistan, also a resident of Switzerland. He added to his notoriety and indeed the cars when he overshot a bend near the Swiss village of St Gingolph and plunged 60ft into the Lac Leman. Surprisingly, neither car nor driver suffered serious damage and he took it with him to Rome, where he was First Secretary to the Afghan Embassy.

After Rome was liberated in 1944 Shah Wali Khan returned home becoming Prime Minister soon after. The next official owner of the Rolls was the Reverend George Irving, Director of British Troops Welfare (Austria) and Secretary to The Huts and Canteens Committee, Church of Scotland, no less. His job involved much touring around Italy and Austria, he later honeymooned in GRW59 following the end of war in 1946.

The next owner was Major Jack Conwyn of the 8th Hussars, who upon being posted to Vienna in April 1948, was told of two Rolls Royce’s lying at Klagenfurt District Quarters. Conwyn bought this car, one of the two for £550 as recorded in the Church’s 1947 minutes. Like Irving, Conwyn went on honeymoon soon after buying the car and continued to enjoy it until 1950 when he sold it to another Major, Tom Evill DSO, CBE, and the father-in-law of Richard Raynsford, who would eventually find the car and restore it.

Evill brought the car back to Britain from Klagenfurt in 1952, registering it FMO 731. Many happy trips were enjoyed during the Fifties before the unfortunate death of Evill in 1960 and subsequent sale of the Rolls to his friend Colonel David ‘Jack’ Balmain.

Balmain soon faded some expensive repairs and so relented when offered £300 for the car from a car dealer at Doncaster Races! After this, GRW59 was exported to the States, the fate of many Rolls Royce’s at this time.

In the late 1980s, British car enthusiast Richard Raynsford interest was piqued by a story from his mother-in-law who told him of the family’s old Rolls Royce that once belonged to a Prince. Raynsford decided it was his mission to find the car and he left no stone unturned in his relentless pursuit of GRW59. After much disappointment, a photograph of the Rolls placed in a copy of the RREC Magazine jogged a memory in Seattle and Raynsford was then put in contact with the current owner. In January 1998, he travelled to Seattle to meet owner E Lee Noble and to see the Rolls in the flesh for the first time.

Raynsford managed to buy the car and it returned to the UK two months later in a rather sorry state. At this point Raynsford was put into contact with Kelvin Price, a leading authority on 20/25’s and Secretary of the South Wales section of the RREC who kindly agreed to project manage the restoration. For two years parts were collected whilst the right restorer was sought.

The highly regarded Rolls Royce engineer Dr Will Fiennes was chosen for his experience and excellent standards. His company, Fiennes Restorations, then spent the next decade and a small fortune restoring GRW59 to the highest standards. Exhaustive invoicing on file and an illustrated book fully documents the wonderful work completed – suffice it to say the Rolls won First in Class at its first outing, the RREC Show at Rockingham Castle in June 2010. Awards and adulation started to flow in with an invitation to the prestigious Villa D’Este concours in 2011, then more Master Class victories at RREC events and Salon Privé both in 2011 and more recently in 2017. Across the Atlantic, the Rolls won two trophies at Pebble Beach, a Second in Class and the Lucius Beebe Trophy.

GRW59 remains in superb concours winning order throughout and it has continued to be maintained by Fiennes Restorations. It is now time for a new owner to continue the life story of this wonderful Rolls Royce.